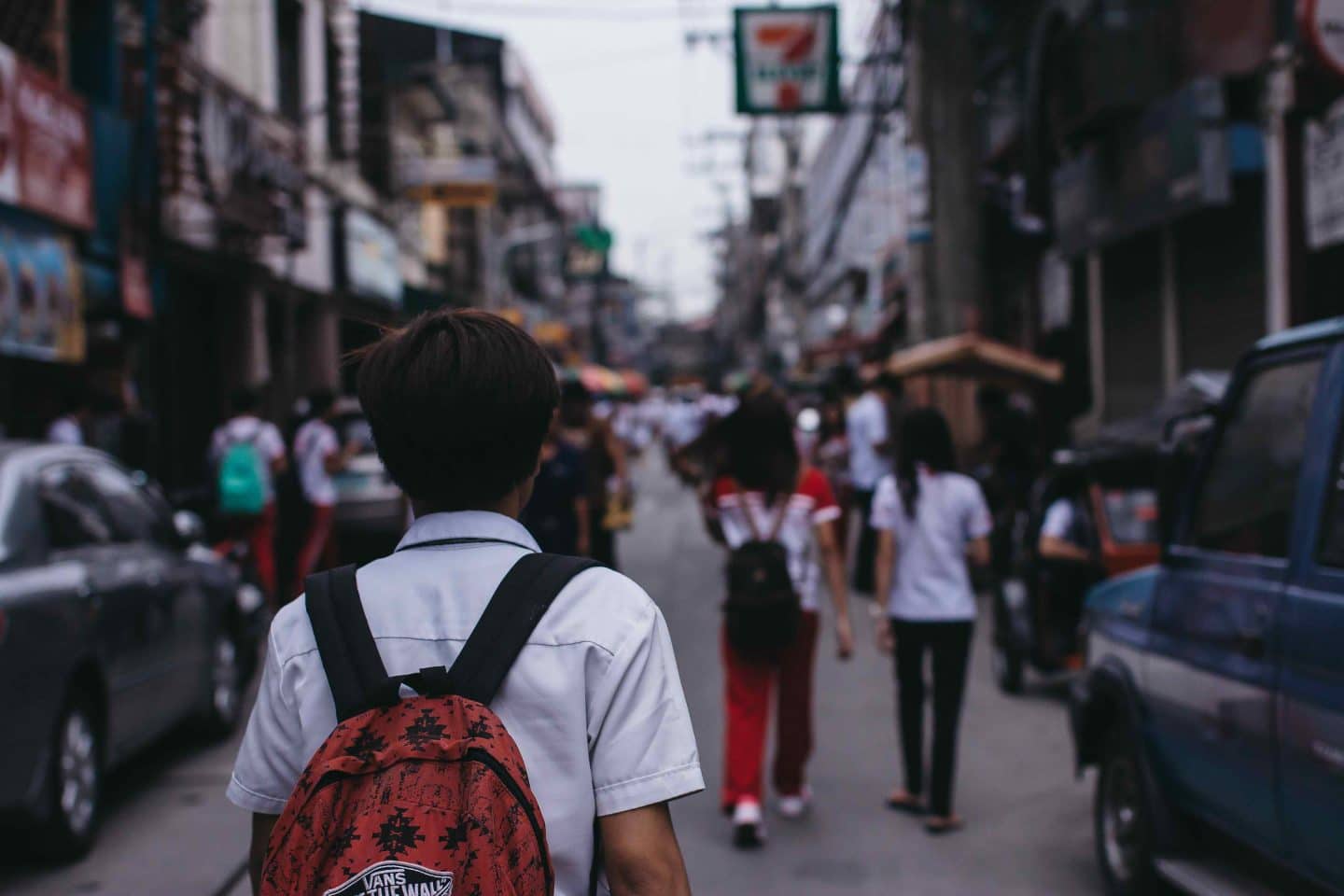 Last February, my husband and I got the chance to snorkel at Palawan. The beauty of the underwater world is truly a sight to see. Not only does it relax you, but also the calmness and swiftness of how the fish go about their lives make you wish you were one of them.

The beautiful coral reefs, the diverse fish, and other interesting living things that lurked under the deep blue sea made me wonder—if I were a fish, would I get tired of swimming?

We look at who we are and what we do as something related, yet as two different things. They may be connected, but what is the connection? Which comes first? Does what we do define who we are, or is it the other way around? When a person leads, people call him a leader. But could it be that he is a leader and that’s why he leads?

How we answer these questions reveals so much about how we understand our identity and our part in the kingdom of God. Sometimes, we derive our value from the things we do instead of first embracing who we are and what we are meant to be.

WHO WE ARE DETERMINES WHAT WE DO.

Knowing our identity influences most, if not all, of the issues we have in life. How we see and feel about ourselves is deeply rooted in how we identify ourselves, which affects the choices we make and the things we do. Therefore, it is crucial for us to know the truth about whose children we are.

See what kind of love the Father has given to us, that we should be called children of God; and so we are.

According to the Scriptures, God, who is all powerful and ever loving to His children, is our Heavenly Father. This amazing truth about our identity should affect how we see ourselves, and thus affect the way we live and what we do!

SOMETIMES WE EXCHANGE BEING WITH DOING.

We discover our identity and connect it closely with what we do. But we interchange the two sometimes, and then get overwhelmed when we feel like we are not doing enough.

Sometimes even doing what we were called to do seems tiring. The need to preach the message of Christ, make disciples, raise leaders, connect with church community, the list goes on and on—it just seems endless.

But this feeling would change if we saw ourselves as sons and daughters in the kingdom of God whose identity is derived from our being rather than our doing.

When Jesus was 12 years old, His parents lost Him for a couple of days, not knowing where He was. Mary and Joseph were frantic with worry. After three days, they found Him at the temple, conversing with the teachers. Jesus’ response to His distressed mother when asked why He had made them worry was, “Why were you looking for me? Did you not know that I must be in my Father’s house?”’ (Luke 2:49, ESV)

For Jesus, talking about the kingdom and sharing the good news were both part of who He was. Being a son of God was so personal to Him that whatever He did was bound or tied up with that identity.

Jesus found it natural to live out being a son of God and take part in His Father’s kingdom, owning His Father’s business, because that is who He was—He was a son to His father. This should be the way we look at our identity and our role in our Father’s house—we too are His children, and it is not the amount of work we do that gives us this identity.

Fish sometimes get tired of swimming, and it is totally okay. When they do, they rest by swimming more slowly, or they sit still in the water and then begin swimming again. They never get stressed out by swimming. That’s just the way they are because it is who they are. I’m sure the fish were not pressured to live the way they were created to be. I hope we learn a lesson from them!

Czarina Rola is a campus missionary in Victory U-Belt. She loves cooking Bicol Express, reading books, and binge-watching post-apocalyptic movies. She is married to Jonas, who is also a campus missionary. They plan to have three baby Rola's soon.