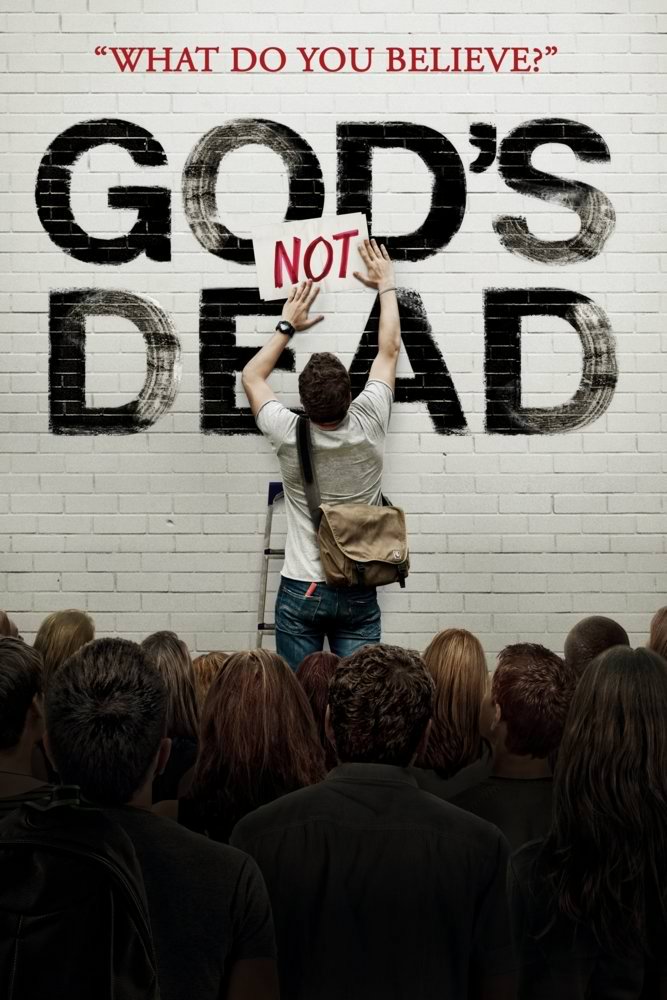 Bylines: 5 things YOU SHOULD NOT DO after watching God’s Not Dead

A byline is a line in an article crediting its authors. Through the Bylines series, we feature pastors and leaders who have insights to share that we might need in campus ministry. These are their messages. We write them down and deliver them to you. So, really, even as the site credits us as authors, their names should be in the byline.

The movie God’s Not Dead hit local theaters just last week. It’s a movie promoted in our different centers and trainings, and for good reason. It really is a great movie about standing up for our faith. There are, however, some important points I’d like to raise about this. Often, we come out of the movie pumped, excited but a little misguided. Here are five things we should NOT do after watching God’s Not Dead:

1. Don’t feel superior over other faiths.

The movie reaffirms your faith in God through its bold declarations of faith. More so, it strengthens your will to defend it against other people. It makes you want to use the lines in the movie against them. It also, however, makes you feel smarter than those with different beliefs.

You probably feel this way because you know that you’re on the side of truth, but truth shoved down other people’s throats is not truth. Truth can defend itself. Instead of becoming arrogant and feeling superior over everyone else, be humble and grateful that you have a God who’s with you. Be grateful that there’s a great God who initiated a relationship with you.

After watching the movie, you’ll be amazed and wrapped up in the script. Out of your fiery passion, you probably feel the urge to post and encourage. That’s good. But it’s one thing to post and encourage and it’s another to hint at your non-theist friends. If you meant well and they’re offended, it’s not in your control. But you have to check your heart and ask yourself, “If I post this statement, am I really trying to encourage people or am I picking a fight on social media?” No one wins in a debate over social media. It’s a dead end. If you really want to do something about your faith, share it personally and with respect.

Again, as the movie reaffirms your faith, it might also lead you to label other people. Labeling other people is definitely wrong in the eyes of God. For God, yes, there are people who sin against Him but He doesn’t label them. In fact, He wants to win them over.

The movie should never lead you to categorize others. The revelation of the truth of the gospel should lead you to become more compassionate and loving with people. Labeling people alienates them in spirit. Even if they don’t know that you’ve already labeled them, in your mind, you know. This builds a wall between you and them even as you try to reach out to them. This wall will make it very difficult to share the gospel with them simply because you’ve judged and labeled them already.

4. Do not stop making disciples.

The movie can be overwhelming, to the point that it can make you feel like this is the best discipleship tool. What you do then is you invite your non-Christian friends, believing that the movie will lead to their salvation. This, too, is wrong. Instead, you should pray that it would plant a seed in their hearts. A movie will not change lives. The Holy Spirit does. The movie is just a tool, but it’s the people who will carry the conversation. Don’t stop at watching the movie with your friends. Use it as a platform to create conversations and make disciples.

The target audience of the movie are Christians so, naturally, doing this looks cool to us. It is, however, rude and offensive in real life. Just imagine getting a text from your non-theist friend saying, “SCIENCE OVER SUPERSTITION.” Sounds pretty bad, doesn’t it?

Keep in mind that Christianity is not rude. If there was anything Jesus was when He came here, He was gentle. He didn’t push his beliefs on other people. He built relationships. He discipled. He was patient with people. In the same way, we should pray and continue to build relationships. Save that 1 peso you were going to use to text, instead, invite your friends to coffee or dinner so that you can pray together and encourage one another.

As we continue to watch this movie with friends and family, let’s keep in mind that we’re not trying to defeat the people we’re reaching out to. We’re here to win them over.

In Isaiah 55:11 the Lord said, “so is my Word that goes from my mouth: It will not return to me empty, but will accomplish what I desire and achieve the purpose for which I sent it.” The Truth can defend itself. It can stand on its own. More than any movie or debate, the Word of God will touch lives, bring salvation and accomplish Its purpose.

Dan lives in Sydney with his wife, Iris, and their three kids. He is a full-time campus missionary and a part-time kids’ basketball coach.