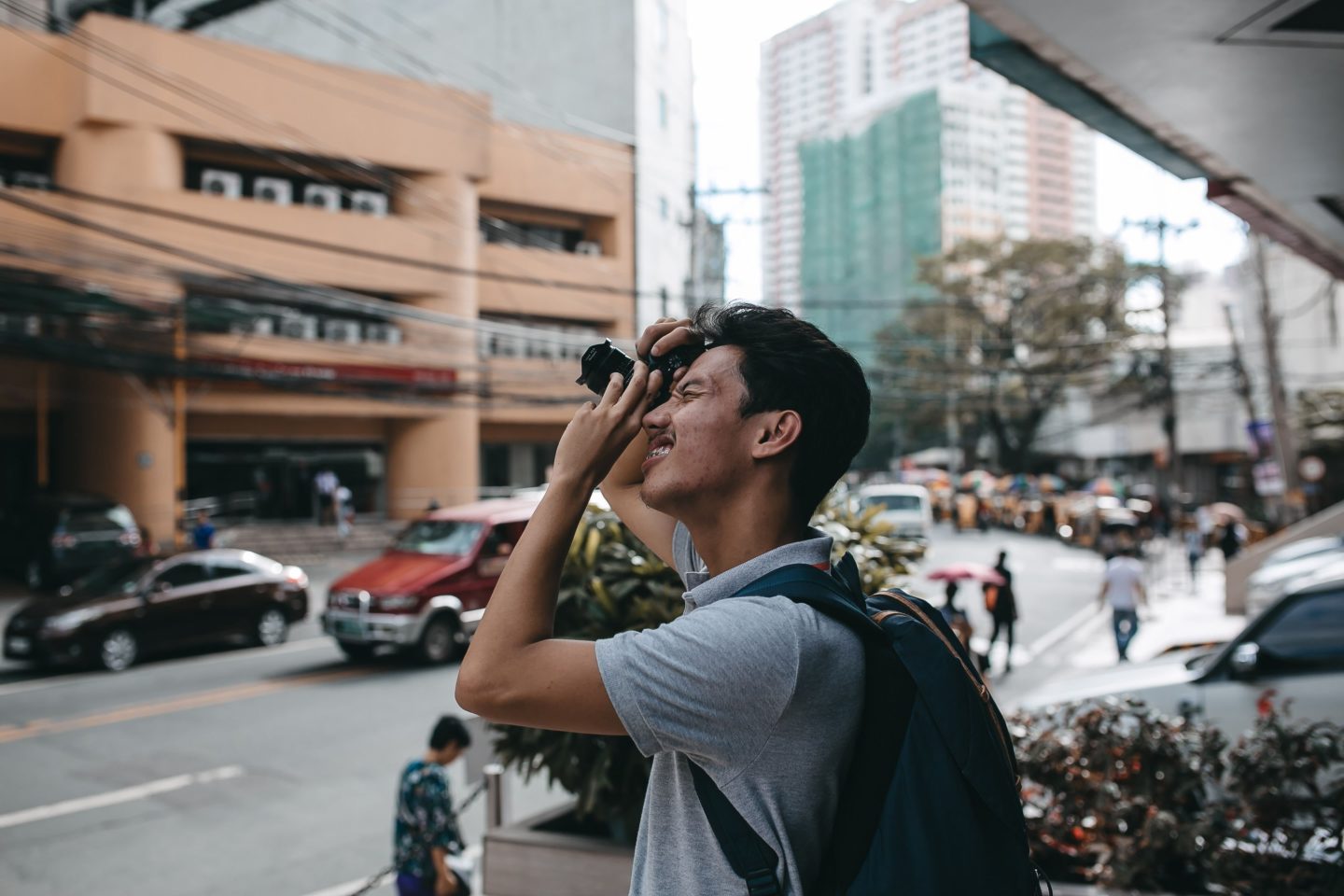 How to Change the World With What You Create

Let’s start with a little game.

When you hear the word creative, what’s the first thing that comes to mind? Is it of a person painting a masterpiece? Or someone sculpting, perhaps? Is it an artistic genius you are thinking about right now?

If you are like most people, then yes, you’d be thinking of someone like Juan Luna, Shaira Luna, or at least some extraordinary kind of person of the arts. And yes, they truly are creative.

Yet I wouldn’t dare say that they are the only ones gifted with the ability to create. Believe it or not, it is in you as well. To prove this, maybe you can quickly scan your mind and think about the last time you . . .

. . . wrote a moving caption to match a poignant moment you caught on video?

. . . posted a picture of a sunrise, mountain, river, sea, or sunset, and wrote your thoughts about it?

Those, in their own way, are creations. Artistic or not, the point is you’ve come up with something that wasn’t there before. Too often, people think that creativity is only given to a select few who have a reservoir of beauty in their unconscious. Moreover, we think that they do this without thinking, without effort, or without a process.

But if we look at the Bible, we will see that creativity is a mindful, intelligent process.

And then, the world was created. God created the world so that there would be form, that the void would be filled, and that there would be light instead of darkness. He was mindful of the lack, filling it with exactly what it needs—food to eat, soil to till, natural wonders, and mankind to cultivate it all. And He sealed it with intelligent design.

The Similarity and Difference of Our Creativity with God’s

For you formed my inward parts;

you knitted me together in my mother’s womb.

I praise you, for I am fearfully and wonderfully made.

Wonderful are your works; my soul knows it very well.

My frame was not hidden from you,

when I was being made in secret,

intricately woven in the depths of the earth.

Your eyes saw my unformed substance;

in your book were written, every one of them,

the days that were formed for me,

when as yet there was none of them.

There goes that word again: form. As He did in Creation, God was also putting order and shape to this “unformed substance,” which would later become King David. And this time it says that the “form” started as a vision.

God saw the body before it became flesh, bones, and sinews. God’s creativity is then the incarnation of His thoughts, which we imitate when we bring to life our own ideas and concepts. The Bible says that we are made in His image and likeness, and so creativity is intrinsic to us.

However, we mustn’t forget that unlike God, we are not creating from nothing. We have the necessary raw materials that allow us to create. But all of our “raw materials”—our imaginations, thoughts, and abilities—now come with the added challenge of sin.

In the third chapter of Genesis, after God had created the world and His consistent utterance of “It was good,” evil entered the world. From then on, the world was introduced to sadness, distortion, perversion, and absurdity—all of which are very much present in disturbing art, images, designs, and inventions.

It is especially obvious in this screen age, isn’t it? Where everyone is free to release their own content into virtual space, I guess it isn’t so hard to encounter works that not only depict, but even romanticize and justify our fallen condition.

As a creator myself, I know how disheartening, confusing, and challenging it is to be confronted with the reality of our fallenness. But the solution is in the truth of Christ.

Those who surrender their lives to Christ are given the ability to create, not from the standpoint of darkness and distortion, but from the place of hope and redemption. This is what we call “redemptive creativity.” This means that we can use our creativity to inspire faith, hope, and love in the world.

How can we create art, music, and films that resonate hope? Does this mean that everything we create must have Bible verses? Must I overtly say the underlying correlations between my work and Christ at all times? And must I never create anything that includes the bad and the ugly?

To answer this, let me use a quote I so loved from Jacques Maritain in an anthology I’m reading.

If you want to make a Christian work, then be Christian, and simply try to make beautiful work, into which your heart will pass; do not try to “make Christian.”

Your faith will inevitably translate its message into your work, if you always make it a point to create out of an overflow of your relationship with God—constantly seeking Him and being filled by Him as we rely on His grace to live like Jesus on earth. As Maritain says it, if you want to make Christian work, be Christian.

C.S. Lewis, one of the most prolific Christian thinkers of his time, had this to say about one of his greatest works, The Chronicles of Narnia:

At first I had very little idea how the story would go. But then suddenly Aslan came bounding into it. I think I had been having a good many dreams of lions about that time. Apart from that, I don’t know where the Lion came from or why He came. But once He was there He pulled the whole story together, and soon pulled the six other Narnian stories after Him.

Do you want to change the world with what you create? Then here are a few practical steps:

Read the Bible. Reflect on what you read. Respond to it by obeying and/or creating.

2. Recognize God’s voice in other people.

Look for people who will help you follow God and obey His Word. God will send people your way and speak through them to help you live the way Jesus did.

3. Don’t ignore the cries of this world.

Do not tune out the reality of brokenness, and do not be afraid to open your eyes and see that it is really there. But remember the hope that you have in the gospel.

your painting, paper, or post, or follow your path toward further studies or the workforce, and see that when you operate out of an overflow, “Aslan will come bounding in.”

Don’t be afraid to create! The world out there needs the hope that only the gospel of Jesus can bring.

Carla Bonifacio is a published author, a candid storyteller on everydayanewpage.com, and a resource speaker on womanhood, career, singlehood, marriage, and young family life. She is married to Joseph Bonifacio, and they are committed to reach every campus on the planet for the glory of God! She was an Ateneo undergrad, and is taking further studies (online) in the Wheaton College just because she cannot get enough of the university!