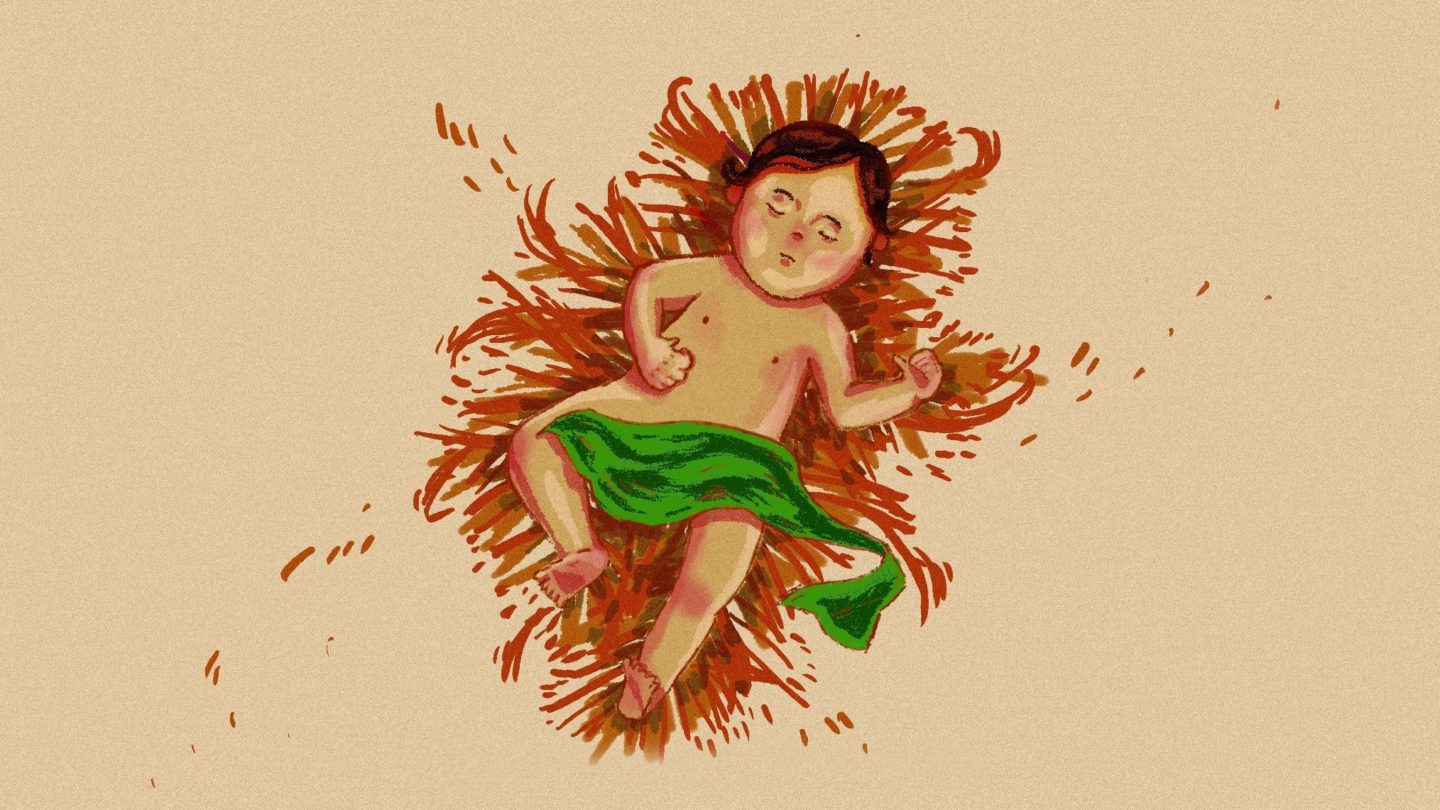 This is an attempt to imagine the untold drama that took place in heaven during the first Christmas.

When the fullness of time had come, God sent forth his Son, born of woman . . .

The time and setting were already in place; the divine plan was about to unfold.

It was the time when Emperor Caesar Augustus ordered a census to be done on the residents of the entire Roman Empire. In Bethlehem, thousands of people from different towns flocked to the city for the census.

Joseph, along with the pregnant Mary, obliged to the decree and went from Galilee to Bethlehem, notwithstanding the risk of traveling for miles. Mary could give birth to a child at any moment.

It was the first Christmas Eve.

Up in Heaven, all the angels were in a state of panic. They couldn’t believe that the day had come for the Son to carry out this suicide mission to save the world.

Some of the angels talked among themselves. “Why does the Son have to go into the world and live with mortals? Why does He have to leave the kingdom and give up all that He enjoys here?”

“There could be a better plan than sending the Son into the world with these mortals and risking His life at the hands of the devil,” an angel said.

“I’M SURE—,” one of the angels interjected, “—that the Chief’s ways are higher than our ways. That’s how much He loves these people.”

Every one of them fell silent. They felt a mixture of worry and discomfort at these words.

Meanwhile, in Bethlehem, Joseph and Mary were looking for a place to stay, for it was time for Mary to give birth. But because thousands of people were staying in the city for the census, they found no available inn for the night. Pressed by the urgency of the situation, and as if they were at the right place and time, the couple found an empty stable with a manger.

In heaven, in the inner room of the Great Palace, the Chief Commander and His Son were having a private talk—Father and Son. The Chief Commander, looking intently into His Son’s eyes, was explaining why the plan had to be carried out. He was fighting back the tears. It was only a few minutes before the appointed time.

“My Son, the fullness of time has come; You will go into the world to live among mortals. Their world is dark and bereft of love, and the only way for them to understand love completely is by sending You to live with them. Through You, they will know how much We love them, and this love will seep into their entire being and will change the way they live.

“By going down into the world and sharing with their humanity, they will know that We understand their feeble state, and they will understand how much We love them. Come into the world, Son, that they may have life and have it to the full. After all of these have passed, You will sit at my right hand once again and will rule the nations.”

The Son, in a firm and loving manner, answered,

The Chief Commander held His Son in a tight embrace. Love overflowed from them and filled the entire kingdom. The impact was felt by the billions of angels and all the living creatures around the throne. Everyone fell facedown, hearts pumping at the intensity of the emotion in the entire place.

And, as if by a flash of lightning, the Son was gone from their sight . . .

In a most touching moment, down in Bethlehem, a baby’s cry was heard.

It was the day when time stopped and the timeline of mankind’s history was divided.

Mary and Joseph looked at the baby with loving eyes.

The Chief Commander and all the angels in heaven were looking intently at the humble scene. His Son, who used to be majestic, glorious, powerful, and almighty, now lay helplessly in a lowly manger, in the feeble body of a mortal baby, vulnerable to pain, sickness, and death, and bound by time and physical decay.

Mary held the boy close to her, and, struggling to look for anything to keep the baby warm, they wrapped Him in swaddling cloths.

Somewhere in the region, a group of shepherds were tending to their flock. And, as if to deliver a royal invitation to an unlikely set of visitors, an angel of the Lord appeared before them, saying, “For unto you is born this day in the city of David a Savior, who is Christ the Lord. And this will be a sign for you: you will find a baby wrapped in swaddling cloths and lying in a manger.”

Then, in heaven, the Chief Commander said, “Let all God’s angels worship Him.”

To the shepherds’ astonishment, the angel was joined by a multitude of the heavenly host in praising God, saying, “Glory to God in the highest, and on earth peace among those with whom He is pleased!”

Blinding lights and beautiful music filled the night; the shepherds fell on their knees out of amazement. The glory of the Lord was displayed as the angels sang.

When the angels left, the shepherds went in haste to Bethlehem to find the newborn King. There, in a stable, they found Mary, Joseph, and a baby boy wrapped in swaddling cloths.

All of these were too great and deep for Mary to comprehend, but she treasured up all these things and pondered them in her heart.

Because of their knowledge in astrology, the news reached the knowledge of the Magi through a star. The Magi are influential men who have power to select and install kings for kingdoms in the ancient East.

Upon learning of the Messiah’s birth, the Magi prepared at once for a grand caravan en route to Jerusalem. With the long stretch of desert ahead of them and the number of months that the journey would take, the Magi, which traditionally travel in groups of twelve, took the finest gifts they could bring for the newborn King.

Some time after the birth of the Son and with the aid of a bright star that guided them through the journey, the Magi reached the house where Mary, Joseph, and the child were staying.

Their number was so great that King Herod the Great was disturbed by their entourage—powerful, wealthy, and influential men from a powerful country coming to an unpopular city—as they looked for a newborn baby to worship and to recognize as King.

The Magi brought gifts of gold, incense, and myrrh fit for a King and a new kingdom. The powerful Magi, who traveled long and far to see the newborn King, bowed down and worshiped the little child.

A new King has been proclaimed, a new Kingdom has been established.

The Son lived for 33 years. He changed the world not just by His words or the miracles He performed, but by His death on the cross and by His resurrection.

All these things started on that eventful Christmas eve, when the baby’s cry in the manger became Jesus’ first cry for the world He came to save.

You might want to read about Jesus further. Here are some verses that I referred to in my writing that will help you know who He is and how He lived on earth: