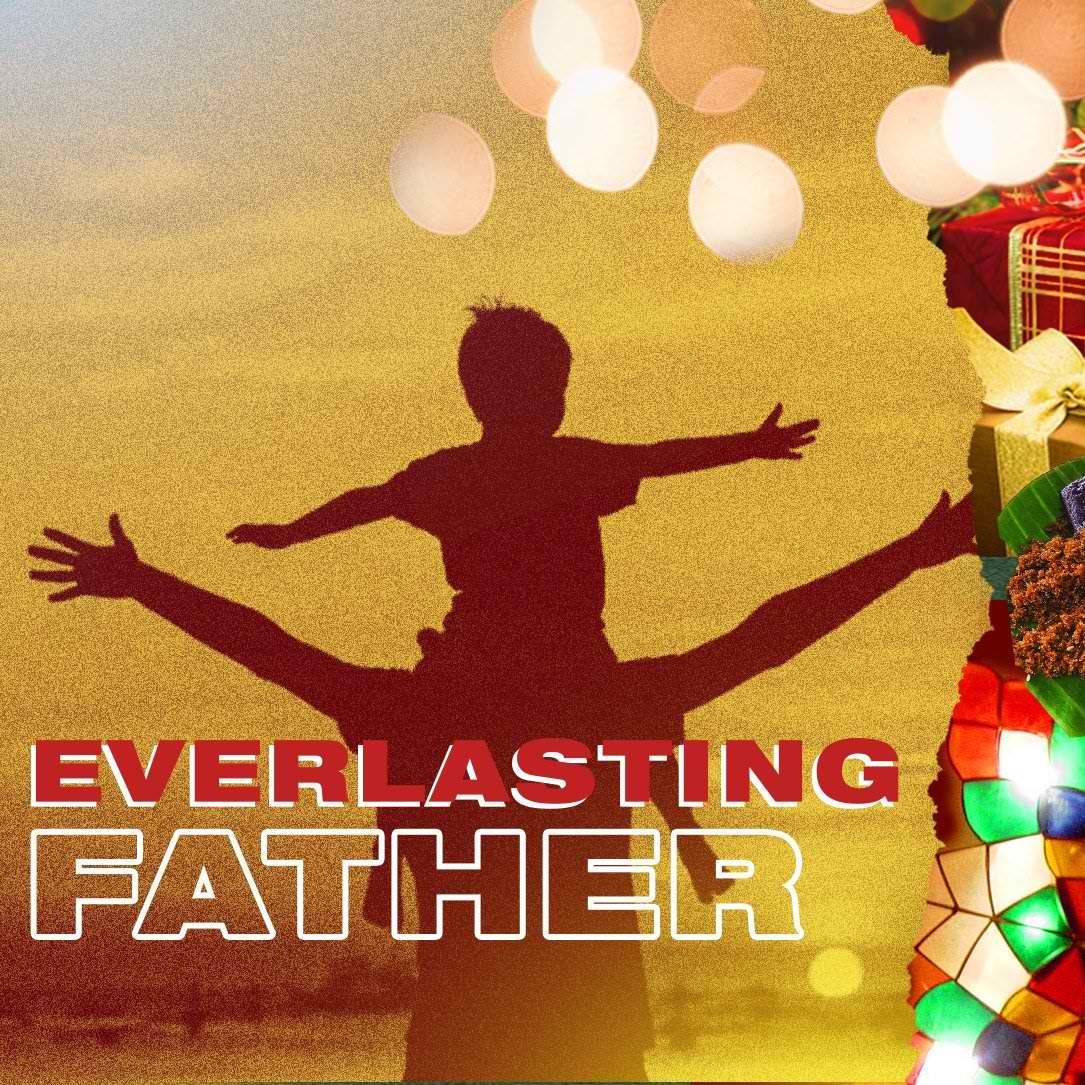 The holidays are coming up and I’ve gotten sick. I am experiencing exhaustion from a combination of traveling, preparing a sermon, and cramming my final requirements for the semester. So I’m taking it easy this week, and everyone in my life has been understanding of my need to rest. Everyone except Philip, our four-year-old son. He can’t stop jumping at me, wrestling me, and planning adventures for us to do together.

You see, Philip’s at a stage that virtually every boy goes through, where they look to their fathers for their identity. In his mind, everything his papa does is always fun and brave. So he wants to be with me and do all that I do. He’d rather stay in the main service and listen to me preach than go to Kids’ Church. He always wants to join my meetings and be part of the conversation. He loves it when we ride on my scooter together. And once, when Carla asked him what he wanted to be when he grew older he said, “I wanna be a good wrestler like Papa.”

I’m his Papa, so I’m his hero, his model, his example, his refuge, his guide, and so much more. I love it.

But I know it won’t last forever.

As Philip grows older, he’ll see his father make mistakes. He’ll notice how his father doesn’t know everything. He’ll ask me to carry him, and I’ll say he’s gotten too heavy. We’ll wrestle and I’ll actually get hurt. One day, we’ll stop wrestling altogether. He’ll watch me grow weaker, even as he’s already witnessed me lose my hair. One day, he’ll be stronger than I am in every capacity. That’s just the way things go.

He’ll have to come to terms with this reality, just like all of us have. It’s one of the most defining passages of a child’s life—when that security, assurance, and hero-worship of your father-figure has to be scaled down as adulthood becomes your reality. Christmas has a way of bringing this to the foreground as the presence and strength of our fathers often accounts for much of our peace and joy during the holidays, even as their absence and weakness produces insecurity and anxiety.

Many of us have known this from an early age, or maybe have this as the only reality they know. The idea of a father bringing peace, fun, and security is a foreign idea. Some people know a father whose strength brought fear. Others know a father who didn’t secure their children in their love. Too many of us didn’t know any father at all. You may have had to make that transition earlier than most—the need to rely on yourself, the question of whether or not you have what it takes, and the fear of not having anyone to turn to.

The reality is fathers are great when they’re there. They play a huge part on setting us on the path of life. That’s why their absence is felt so strongly by those who’ve never had them or by those who had great ones but are declining in health or are gone. Whenever we wish for simpler times–when we could sleep knowing someone was watching over us, when someone could fix the mess we’d made, when we didn’t need to know the way, because someone else was driving for us—we’re really wishing to relive the days we had a strong, loving father.

I think this is why the promise of God in Isaiah 9:6 includes a very specific kind of Father.

For to us a child is born,

to us a son is given;

and the government shall be upon his shoulder,

and his name shall be called

God promised to send the Messiah or Savior. This Savior will be like a Father to us—providing all the love, intimacy, strength, and security of a father. But this one will never end. He will be an Everlasting Father to us—one we can always call on.

The invitation to a relationship with the Messiah is an invitation to trust like a child again—enough to relax, to sleep peacefully, to obey, to stay in relationship. Maybe this is why God says in Scripture that it’s the little children to whom God chooses to reveal His kingdom (Matthew 11:25; Luke 10:21).

Here are three ways that He does this:

1. Jesus opens the door to a relationship with God the Father.

Jesus is the only way to knowing God the Father. As He said in John 14:6, “I am the way, and the truth, and the life. No one comes to the Father except through me.” We were abandoned and rejected because of our sin, we are now brought in and adopted through Jesus.

2. Jesus reveals the fatherly character of God to us because the Trinity has one essence.

In short, we see in Jesus the actions of a perfect Father to us. He corrects His disciples, yet doesn’t stop loving them. He challenges them to greater faith, but comforts them when they fail. And He is always in control—never in a panic, never in a rush, never in fear.

I love the way The Gospel Coalition put it: “Everything you’ve ever dreamed a father could be—everything you’ve ever wanted from your relationship with your earthly father—Jesus is and will be for you. Your Messiah will forever be perfectly father-like in the way He shepherds and leads you. In Jesus, you have a perfect father forever.”

3. Jesus is the greatest ruler and leader of His people, the Church.

The verse in Isaiah says that the increase of the government of this Savior will be without end. In many cultures around the world, their founder or great leader who established the nation is often called the father of the nation. Cyrus is the father of the ancient Persians. The people who established the United States are known as the Founding Fathers. When Nelson Mandela emerged from prison to lead South Africa, he was affectionately called “Madiba” by his people, a term of intimacy and respect for older men, fitting for the father of their nation.

All these founding fathers left rich legacies on their nation, but they all also perished. And in their passing, their nation struggled to fill their shoes. The Persian Empire Cyrus founded collapsed when the succeeding kings didn’t live up to their founder’s caliber. Much of the debate in United States’ political scene today stems from disagreement on the intent of the Founding Fathers. “What would they do today?” people wonder. Nelson Mandela left a beautiful legacy of reconciliation and peace that brought prosperity to South Africa. But many of the successors in his party have legacies of corruption and cronyism. Today there are even extreme political groups who are trying to revise history and claim that Mandela didn’t do a good enough job.

A founding father has a great legacy. But how can that be sustained after they’re gone?

This is why Jesus as our Everlasting Father is our assurance as a Church that the Person, whose strength, wisdom, and love birthed our community, will always be around. We are not left like orphans to debate with one another and long for a past glory. No, our Founder still lives. He continues to rule and reign. His Kingdom continues to expand. As He has promised, “Behold, I am with you always, to the end of the age.” (Matthew 28:20)

Whatever the state of your earthly father, this Christmas is an invitation for all of us to childlike faith—to trust in our Savior who will be an Everlasting Father to us. He brings protection and provision to His people. We can rest like a child in our Father’s arms. We can be secure knowing that He has all authority in heaven and on earth. We can attempt great things knowing He will catch us when we fall.

In what area is Jesus revealing Himself as the Everlasting Father to you?