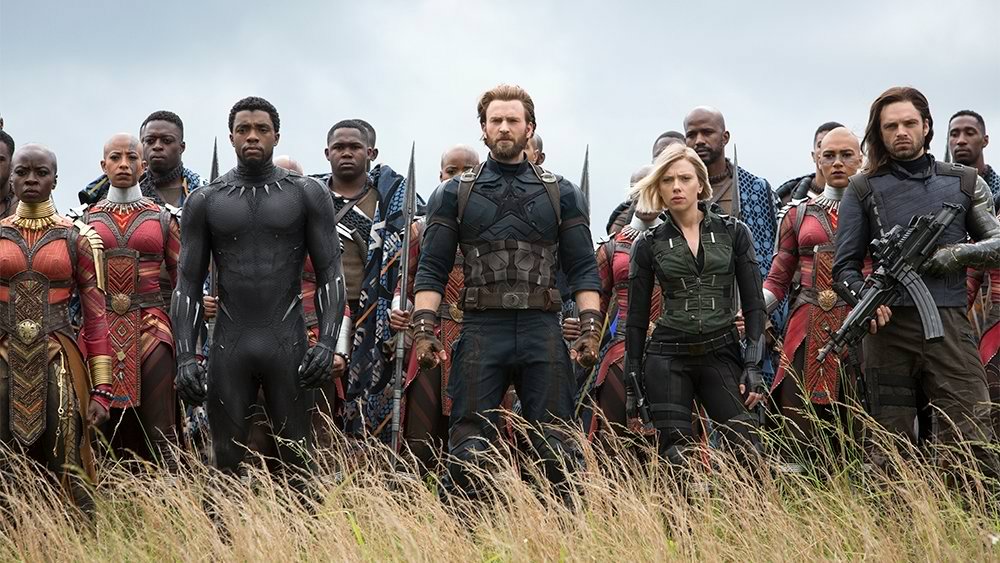 Marvel Studio’s latest offering, Avengers: Infinity War, made big waves across the globe as thousands of moviegoers flocked to the cinema to see their favorite Marvel superheroes finally get together in one film. It was, by far, the biggest and the most successful crossover in the history of Marvel’s cinematic universe, earning a whopping $105.967 million on its opening day.

Avengers: Infinity War did not disappoint in satisfying the appetite of both Marvel fans and regular moviegoers. The movie served its viewers with a hefty dose of edgy stunts and the perfect brew of humor and drama, carefully blended together through cutting-edge digital effects. To the oohs and aahs of the audience, the actors brought their A-game to the fore, making the superheroes come alive and giving justice to the viewers’ expectations.

The movie is basically about a cosmic battle against a powerful supervillain called Thanos, who wants to bring balance to the universe by annihilating half of its population across the different galaxies. In order to do this, he needs to get his hands on six powerful gems, called the Infinity Stones, which will grant unlimited power to the one who possesses them. The superheroes will do everything to stop Thanos from getting these gems and from carrying out this monumental genocide.

Avengers: Infinity War not only succeeded in satisfying the viewers’ movie appetite but also in giving us nuggets of wisdom, only if you look closely and use the lens of Scriptures while watching.

Warning: Movie spoilers beyond this point. If you haven’t seen the movie yet, you may read at your own risk. You’ve been warned.

Because “all truths are God’s truth,” here are some precious lessons that we can learn from the movie as we examine the characters’ actions and demise.

This is what separates Thanos from your regular villains: Thanos is not your ordinary villain who wants to destroy the universe simply because he is a power-tripping evil guy. On the contrary, Thanos is so convinced that he is actually doing a good thing whenever he goes on a killing spree to create balance in the universe. For him, it was a colossal task that no one dares undertake, so he takes the challenge upon himself for the greater good of the universe.

This scenario mirrors the trend in our postmodern world that rejects moral absolutes. To some, the end now justifies the means. Murder, adultery, and other sins are okay as long as they serve the greater good. As moral relativism insidiously takes deeper roots in our society’s collective psyche, we can observe a downward shift in people’s moral standards.

In the campuses, cheating, lying, and casual sex are no longer considered sin as long as the intentions justify the acts.

“I only want to make my parents proud.”

“I was only trying to protect myself.”

“But we love each other. Is it wrong to love?”

“But God’s truth stands firm like a foundation stone with this inscription: ‘The Lord knows those who are his,’ and ‘All who belong to the Lord must turn away from evil’” (2 Timothy 2:19). God’s moral standards don’t change, and sins can never be justified by good intentions.

My prayer is that God’s Word, and not our intentions, would be the sole basis of our lives, especially in our actions, choices and decisions.

2. A person can be mistaken about his understanding of his purpose and destiny in life.

Thanos was so consumed by zeal to carry out his plan. For him, it was his destiny; his purpose for living. The mission was too personal for him, and he couldn’t renege on his destiny. In fact, it was too important for him that he even sacrificed the life of his own child, Gamora, in order to fulfill this “calling.”

Thanos reminds me of Saul, the pre-Christian version of the apostle Paul. He was passionate to serve God that he launched himself in an all-out war against Christians, not knowing that he was assaulting the same God that he wanted so much to serve.

“There is a way that seems right to a man, but its end is the way to death.”

We may be fatally wrong about our purpose in life if we try to discover our calling apart from God. As you grow in your intimacy with God, He will reveal and clarify His plans for you. It is also equally important to understand that this calling is confirmed and nurtured within a community of believers. As you stay connected with the church, God will use godly men and women to confirm His calling for your life.

3. Living for a mission means living a life of self-sacrifice.

One distinct virtue all throughout the movie was self-sacrifice. It’s the virtue that characterizes superheroes; the will to save and to serve the world at the expense of one’s personal comfort or even one’s own life.

In the movie, Spiderman insisted on fighting alongside the Avengers even though he understands that this could be a suicide mission. After all, Spiderman is just Peter Parker, a young student and a finite human being who only uses his special ability for the greater good of society.

Virtually all of the superheroes in the movie denied themselves and laid down their lives for the sake of the mission. At Every Nation, sacrifice and relational unity are part of the culture that we uphold and celebrate. We recognize that the Great Commission is so much larger than ourselves and our issues, that we are willing to lay down our lives for the sake of preaching the gospel to the world.

“But my life is worth nothing to me unless I use it for finishing the work assigned me by the Lord Jesus—the work of telling others the Good News about the wonderful grace of God.” (Acts 20:24)

Because of what he did in this film, the character Star Lord may have become the most hated superhero of our time.

Peter Quill, known also as Star Lord, won the ire of many when he messed up the plan to steal the Infinity Gauntlet from Thanos. Driven by fiery anger for the death of Gamora, Peter Quill went berserk and spoiled their strategy to defeat Thanos.

What most of us don’t realize is that Peter Quill represents all of us. How many times have we let down our guards, compromised our standards, thrown away our godly convictions, and fallen to sin in the heat of our emotions? Some of us may have even traded the prospect of a great future or turned our backs on our purpose as we let our emotions take control of our lives.

In Avengers: Infinity War, Dr. Strange pointedly asked the question, “what master do you serve?” To which Peter Quill replied: “What am I supposed to say? Jesus?”

What master do you serve? Is Jesus your Lord? Do you serve Jesus or your emotions?

Avengers: Infinity War revolves around the six infinity stones that grant ultimate power to the one who possesses them — the Time Stone, the Mind Stone, the Soul Stone, the Space Stone, the Reality Stone, and the Power Stone.

In their quest to stop Thanos from executing his plan, several characters had to sacrifice the lives of their own loved ones in order to save the universe from imminent death. It was a difficult choice to make, but they made the ultimate sacrifice for the sake of the world.

In the end, despite all their efforts, Thanos–aptly named after the Greek God of Death, Thanatos–was able to get all of these stones and annihilated half of the universe with a snap of his fingers.

The Bible introduces us to an infinite God who created everything from nothing, not with a snap of His fingers, but only by the sound of His voice. This God is the creator of Time and Space. He shapes Reality, holds superior Wisdom, and His Power has no limit. Despite His tremendous power, He reveals himself as the lover of our Soul.

However, in spite of His benevolence, sinful people rebelled against Him. Because of sin, death entered creation and is about to wipe out the whole earth.

In His great love, this infinite God entered space and time through His Son. He sacrificed His own Son, Jesus, to die on the cross as penalty for our sins. It was the ultimate sacrifice to redeem creation from “Thanos,” the god of death.

“For God so loved the world, that he gave his only Son, that whoever believes in him should not perish but have eternal life”

Through His death and resurrection, Jesus defeated death and granted eternal life to all who believe in Him.