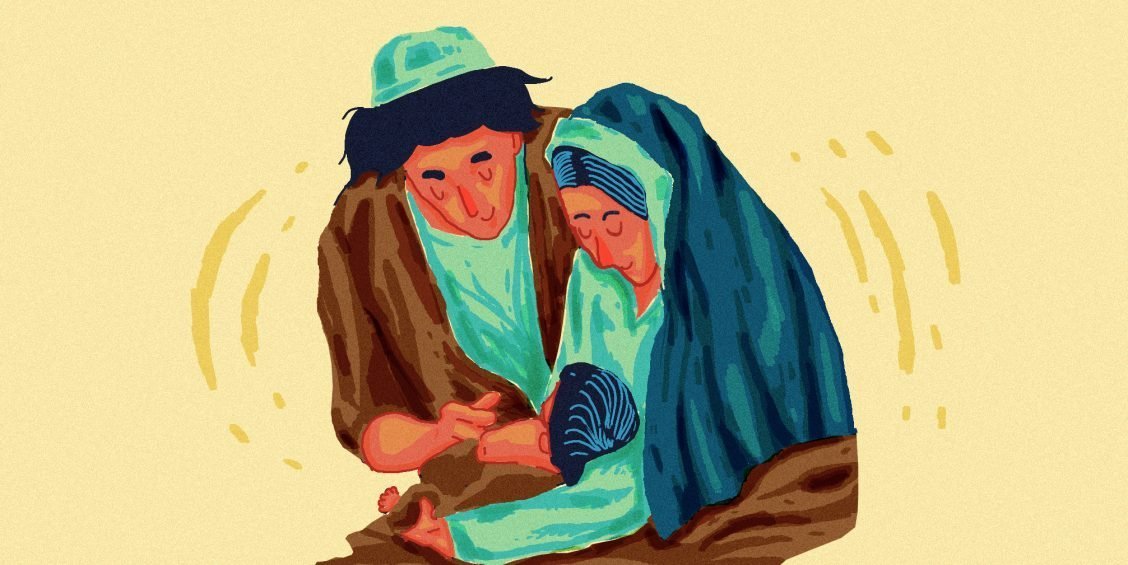 Joseph & Mary Interrupted: A Love Story with a Purpose

Most of us have an ideal love story in mind.

Mine was influenced by Hollywood romance and Disney animated films. It involved falling in love with and marrying a genius foreigner, living abroad, and raising beautiful, brilliant children together.

Many years later, after going through a few heartbreaks and disappointments of my own, I realized that a love story is more than just the kilig and the formula of romance films and fairy tales.

Does a match made in heaven actually exist? If it does, what does it look like?

Marriage between a Jewish man and woman during the time of Jesus Christ looked like this: Their parents made a match for them as soon as they have their bar/bat mitzvah (a celebration of their 13th birthday). Within two to three years after the agreement, they are betrothed once the man pays the bride price to the woman’s father and the contract is signed. Afterward, the man would start to build a wedding chamber at his father’s house, while the woman would stay with her parents to wait. Finally, within a year or more, when it is deemed to be the right time, the formal wedding ceremony happened, which involved a procession from the bride’s home to the man’s, a speaking of blessing over the couple, and the consummation of the marriage in the wedding chamber.

This was the tradition Joseph and Mary were born into, and it shaped their idea of marriage.

Mary had her knight in shining armor. Her parents found a righteous man (from King David’s line, no less! (Luke 1.27)) with an established career for her. He had paid the bride price for her, which meant she was no longer a burden to her father. She only had to wait for the wedding ceremony and she would be set for life.

Joseph had the woman of his dreams. He trusted his parents’ choice and he knew Mary to be a godly woman who considered family so important that she would visit to help her elderly, pregnant cousin, Elizabeth for three months (Luke 1:56). He only needed to finish the wedding chamber and he would be set for life.

Obeying God rather than Your Heart

Why was it that when God came into the picture, Joseph and Mary’s love story seemed to fall apart?

But Mary knew God. She knew from the Law and the Prophets that God would send a Messiah to redeem Israel (Luke 1:46–55). She knew God’s character—a testament to an intimate relationship with Yahweh. And so, she responded to God, “Let it be done to me according to Your word” (Luke 1:38).

Joseph would have felt the painful betrayal deeply. He had already paid the bride price. He was looking forward to the final ceremony. And then his betrothed came back from a three-month visit to her cousin, pregnant!

He could have brought her before the elders for her to be publicly executed or divorced, but righteous man that he was, he decided to divorce her quietly (Matthew 1:19). But God sent an angel to him in a dream, and he obeyed, regardless of his feelings, because he trusted God. His immediate obedience was a testament to an intimate relationship with Yahweh.

God’s Purpose for Your Love Story

God interrupted Joseph and Mary’s ideal love story so that His ultimate love story to redeem the world can unfold through Jesus Christ.

Joseph would continue to hear from God through dreams and, in response, he would obey to keep his family safe (Matthew 2:13,14,19–23). But in doing so, he also allowed for prophecies about the Messiah to be fulfilled (Matthew 2:15,23). His obedience moved God’s agenda forward.

Mary would be mindful of the prophecies about Jesus and she would treasure these words in her heart and think about them often (Luke 2:18–19,51). Most likely, this helped her make crucial decisions in rearing up the Son of God. Her obedience accomplished God’s greater purpose.

God set up a love story where Jesus would grow up in wisdom and in stature and in favor with Him and all the people (Luke 2:52). He made sure that the Savior would be nurtured in an environment where Jesus would not only know the Scriptures well, but would also have a humble and obedient heart before Him, as exemplified by His earthly parents.

If our love stories are meant to fulfill God’s purpose for our lives, shouldn’t we nurture our intimacy with God first so that we can know His voice and be in the center of His will when the time comes for us to marry?

Shouldn’t we be ruled by our obedience to Him rather than the butterflies in our stomach?

Shouldn’t we be looking for someone who hears and obeys Him as well?

Shouldn’t we be in a community that will help us make wise choices, including the choice of whom to marry?

Dear student, your love story will be a blessing to many if only Jesus Christ rules your heart.

God is still in the business of redeeming the world, and He chooses to do it through us and our future children. That’s why He wants to be involved in our love stories. That’s why we can trust Him when He interrupts our ideal love story, so that we can make room for one that would accomplish His purpose for generations to come.