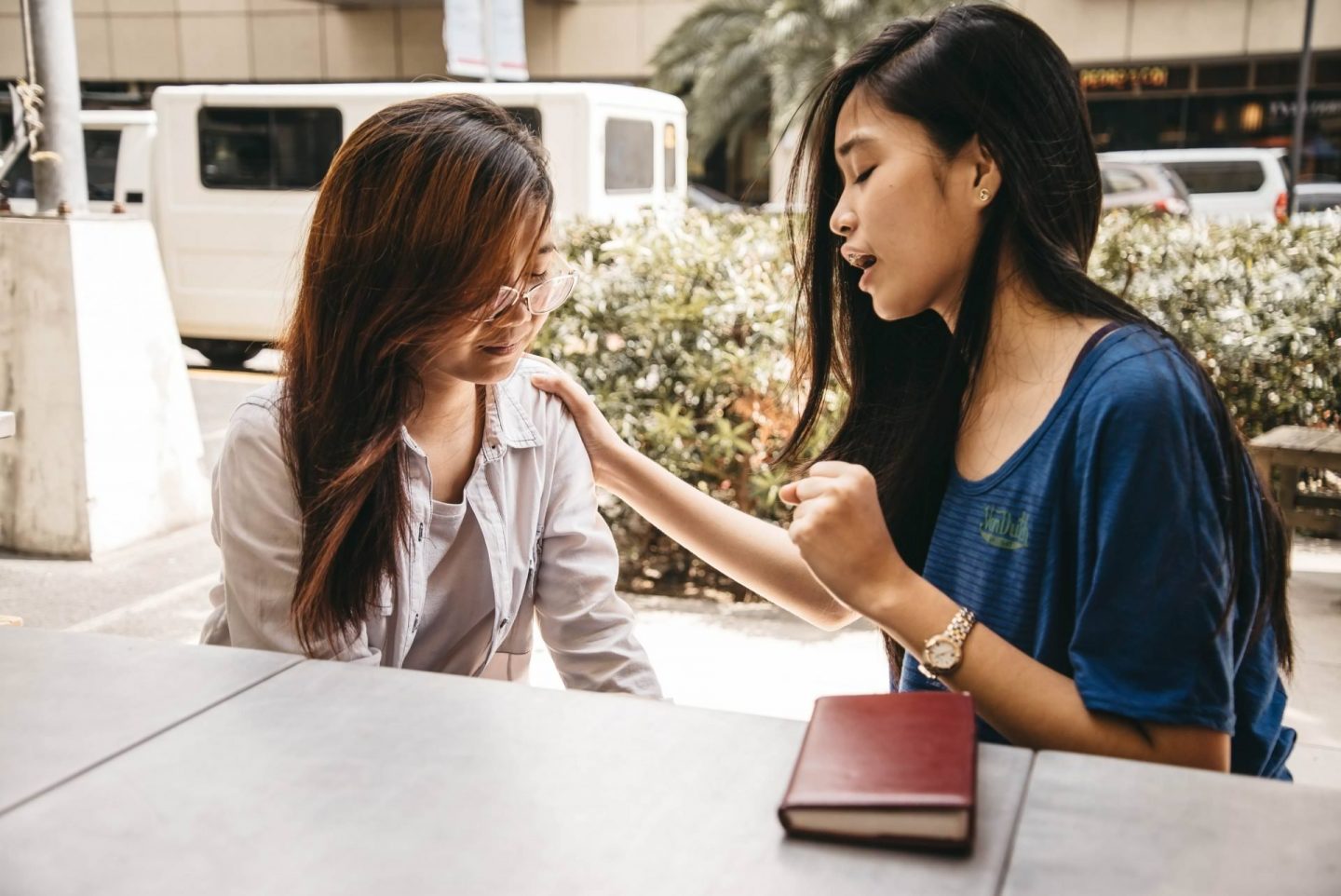 King of the New Year

It’s already December! Where have the past twelve months gone? It’s that time of the year when we usually look back on our year and evaluate how many of our faith goals were met, when we meet with our victory group to tell each other about how God kept His promises, and when we start writing what we’re believing for for the new year.

If you’re like me, there have been years when I honestly did not look forward to these times, because, well, none of my faith goals came to pass! And the saddest thing about that is, I’m the Victory group leader!

When we are young and idealistic and we’ve never truly experienced hardship or adversity, it’s easier to believe that God reigns and that He is blessing us. But as we get more exposed to poverty and suffering, to evil and despair, to pain and frustration, we start to question God’s lordship over the universe and over our lives.

If this year was not what you imagined it to be–unimaginable pain from a relationship, frustration in school, disillusionment with friends, financial or health crisis, or discouragement from family challenges–you probably already asked God, “Are You really in control?” or “Do You really care?”

And these are valid questions! God is not offended or shocked that we sometimes feel this way. Why else would a lot of Bible authors ask the very same from God (See Psalm 94, Psalm 73, Job, Lamentations, etc.)? And God allowing these questions in Scripture actually shows that He is secure in His position as King of the universe and that He cares that we ask these questions ourselves.

So let’s go back to Scripture and see how God, through Jesus Christ, showed His rulership and sovereignty, and how this truth actually gives us hope, strengthens our faith, and expands our vision this new year.

So, the reason why there is a problem of evil and suffering is because humans have the power to choose and unfortunately, in Genesis 3, Adam and Eve chose not to cooperate with the real King and advance His Kingdom with Him. Instead, they tried to define good and evil on their own. And we followed in their footsteps by putting up our own little kingdoms and defining what is best for us on our own terms, many times at the expense of His creation, including other human beings.

If we think about it, we don’t have a problem with God as a ruler of the universe, as long as our little kingdom is our own and things around us fall into our personal goals and dreams. This brings pain and suffering and broken relationships in our lives when our pursuits are in conflict with another person’s.

So there are actually two kingdoms operating in our lives: the Kingdom of God and our personal kingdom. And for as long as personal kingdoms exist, the problem of evil and suffering will not go away.

This is why Jesus had to come, so that the problem of evil and suffering can be dealt with by establishing the kingdom of God on earth. And He dealt with it in a very unexpected way.

Jesus came at a time when Augustus Caesar ruled the Roman Empire, and it was a time of Pax Romana (a time of peace with no significant conflicts). But even though the Roman Empire was supposed to be a Republic, with senators representing the voice of the people, Caesar kept the peace by essentially being a military dictator. Israel was one of the nations being oppressed under the rule of the Romans and their hope was in God’s promise that He Himself would come with might and that He will rule (Isaiah 40:10).

Mark 1:14-15 tells us, “Now after John was arrested, Jesus came into Galilee, proclaiming the gospel of God, and saying, ‘The time is fulfilled, and the kingdom of God is at hand; repent and believe in the gospel.’” Everyone who heard Him and followed Him expected Him to do a military takeover, because that is what a king does when he establishes his kingdom. Also, Jesus talked about the kingdom of God more than any other topic, which shows how much He values it.

At first, it looked really good. He was backed up by John the Baptist, the greatest prophet of their time (Mark 1:7-8). Most of all, He acted in the power of the Holy Spirit. He could heal people, cast out demons, multiply food, control the weather, and even raise the dead. But, He died. His followers scattered. All seemed lost. What happened to God’s promise of might and rulership?

The Invasion of the Kingdom

He meant that God is already King of the universe but that His coming signals an intensifying advancement of His kingdom on earth, reclaiming the world from the clutches of the kingdom of darkness (Matthew 16:18). And it’s not going to look like the typical war movie. As Paul said in 2 Corinthians 10:4, “For the weapons of our warfare are not of the flesh but have divine power to destroy strongholds.”

What then does this invasion look like? What does it look like for God to take back what is His from the kingdom of this world? Jesus has actually shown us how the invasion looks like–it is when a prostitute is forgiven, it is when a leper, the lame and the blind are healed, it is when an oppressed and demonized person is delivered, it is when a social outcast is restored to community, as each of them comes to Jesus in humility, crying out for help.

In the gospel stories, the people who encounter Jesus walk away either transformed and healed by His love and grace or repelled by His authority and His call for them to give up their own little kingdoms and follow Him. God allows both choices, but He is clear about the ending. All who persist in ruling their own lives will experience fear and despair on earth and eventually face God’s wrath.

However, all who surrender to His will, those who repent and believe, will experience faith and hope from the time they decide to follow Christ and for eternity. They don’t become robots whose choices are taken away! In fact, they become more alive as they experience freedom from the clutches of darkness. They experience grace and forgiveness of God and they get empowered by the Holy Spirit to follow Jesus and to do signs and wonders in His Name that would be a witness to the rest of the world.

The news I received this past week of three students taking their own lives has grieved me a lot. I can’t help but think how different it would have been if they had an encounter with King Jesus! But it was also the same week when I had a lot of Christmas parties with students who already follow Christ. Most of them had a rollercoaster 2017, but it’s a joy to see how they are facing 2018 with faith, hope, and an eagerness to share the good news to those who are lonely and in despair, regardless of their personal circumstance.

Seeing this big picture of the kingdom of God radically changes how we see our past, present, and future. We are freed from the grip of the past, knowing that there is nothing that God cannot redeem and turn into a beautiful testimony of His grace. We look to the future with hope, knowing that the ending is victory. We live by faith in the present, knowing that as we submit our choices to God and as we acknowledge that He is King regardless of our circumstance, we become effective messengers of the gospel. And as we faithfully share this good news, we will see our lives, our families, and our communities radically transformed.