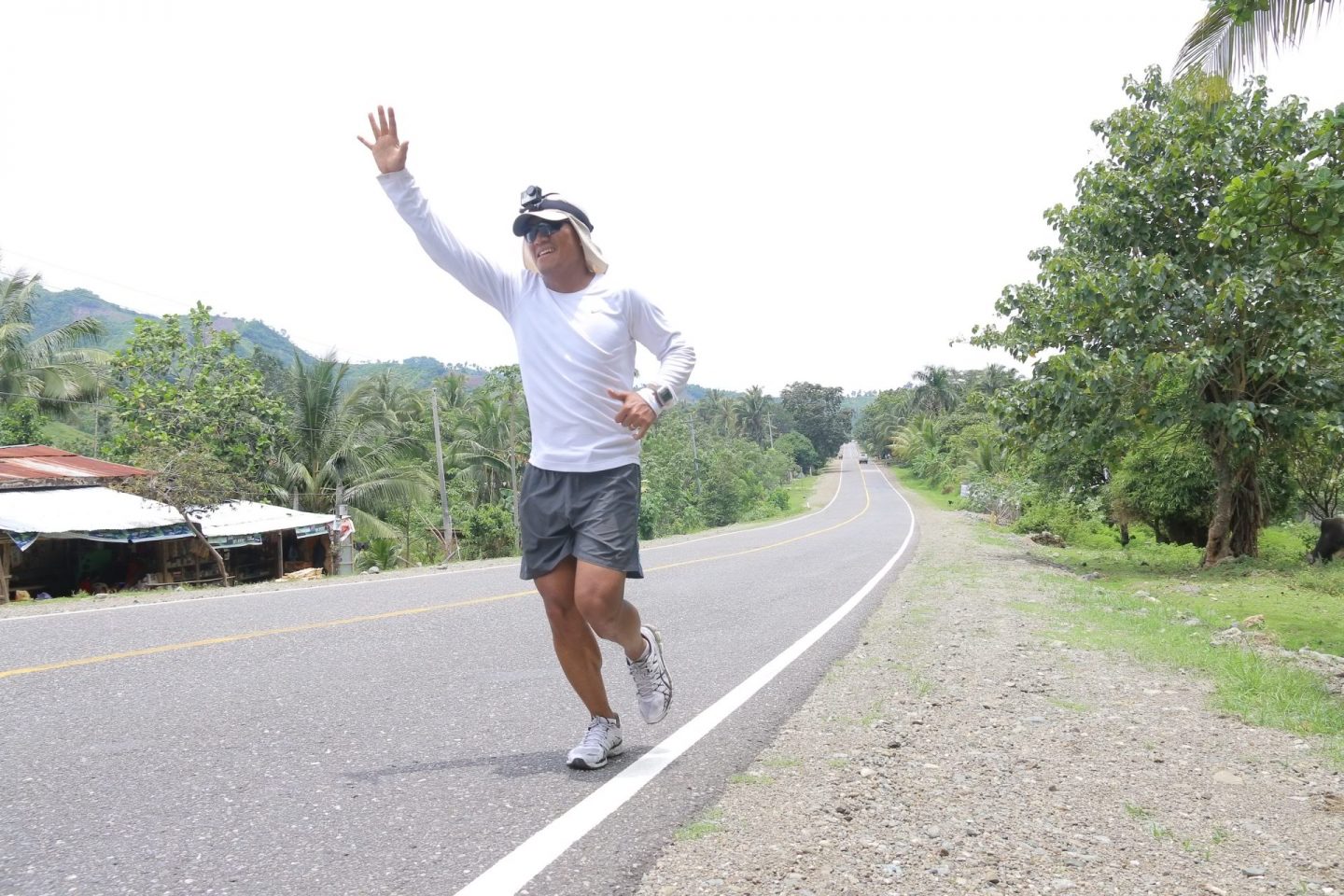 Just a couple of hours ago, Pastor Ferdie Cabiling ran 50 km through Monkayo, Davao Del Norte for the seventh day of Run 50. That’s his 250th km in less than one week and he’s set out to run for many kilometers and days more.

Through this run, he hopes to raise P 2.5 million pesos to help fund the scholarship of 250 students from Real Life Foundation. Real Life provides high school and university scholarships to students, producing – not just university graduates – but men and women of character who will serve their families and their communities.

He’s also out there to spread his message of hope and inspire young people. As he speaks in the different towns, he reminds the students about why they’re in the campus and encourages them not to give up on fulfilling the dreams that God has given them.

Even as we sit from our houses and schools and follow him run his race through our laptops and TV’s, we just know that there’s a lot to learn from what this man is doing.

So here are three of the many things we can learn from Pastor Ferdie as he runs from Mindanao to Luzon:

This may be the problem Pastor Ferdie has chosen to face and he didn’t shrug his shoulders to say, “There’s nothing I can do to make a difference against a problem this size.” Instead, he got up and figured out a way to help.

What big problem are you seeing in your school that needs to be addressed? Does it make you feel overwhelmed? Don’t be. Some of the biggest problems are solved by simple, consistent solutions.

This is the immediate learning after point number one. When you’ve figured out what action is best, do it and do it to the finish

Whether it’s running long distances or being a listening ear to your distressed classmate, every act counts. I know you’ve probably heard this one way or another, but it’s one thing to hear it and another to live by it. Whatever problem God is calling you to address, know that whatever it is He is also calling you to do about will make the necessary impact.

When I first found out that Pastor Ferdie was going to run 50 km everyday for over a month, I actually thought I heard wrong. So I attended the bloggers’ briefing where he talked about exactly what he was going to do. As I sat there and listened to him talk about all the people he’s met who’ve done it and some of the techniques he’s going to apply to get through it, it still sounded difficult but I felt sure it wasn’t impossible. Clearly, he was a man with a plan just crazy enough to work.

And maybe, sometimes, people are going to tell you you’re crazy or wasting your time in trying to make that change in your campus. Some people think it’s impossible because time, experience and the influence of others around them have shown them failures and disappointments one after another. They’ve become bound to what the world tells them is possible and what isn’t.

But you know what, we’re too young to believe that anything is impossible. We’re living in the age of possibilities. Thirty years ago, most people wouldn’t have believed you if you told them that a man running in Mindanao could send a video of himself to thousands of people in a matter of seconds.

Don’t let the past, your experiences or even the people around you convince you that making that change for the better is impossible. If a 50-year-old man, empowered by God to make a difference, is running 50 km a day for almost 50 days, you just know that anything is possible through Christ.

Follow Pastor Ferdie @therunningpastor to follow him as he runs across the nation. To learn more about the Real Life Foundation, you may go to http://www.igivetolife.com/learn

Em was a part of the campus ministry of Davao city before transferring to Manila in 2013. She then served in the EN Campus national office under the communications unit and the campus ministry of Fort Bonifacio. Em currently heads the materials development team for the campus outreach of Every Nation Campus Metro Manila while reaching out to students from Fort Bonifacio. She’s passionate about the next generation, loves well-written literary pieces, likes anything purple, and just recently took a stab at writing songs.