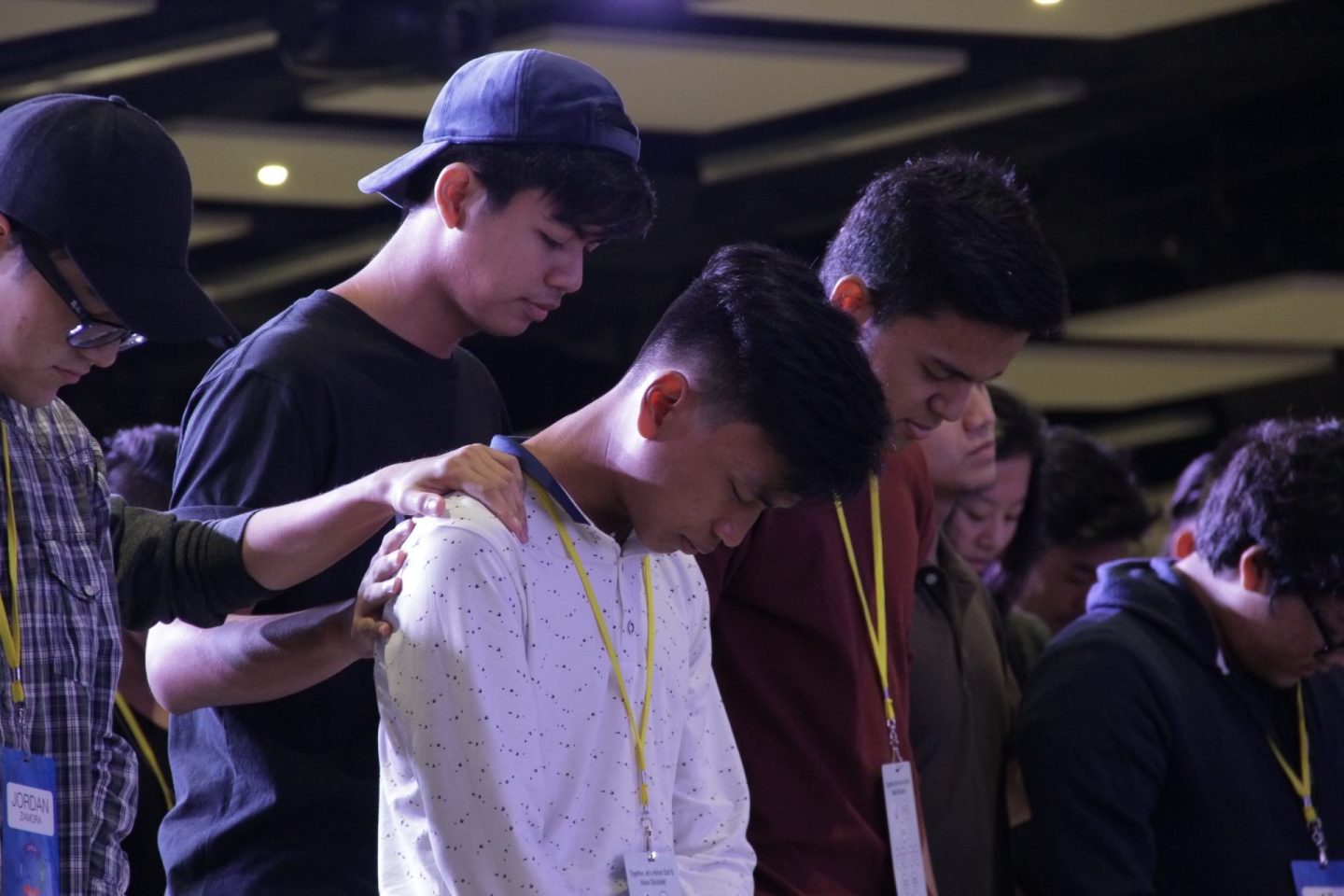 What makes a manly man?

Last May 7, Stephen Mansfield shared with campus missionaries and students alike a powerful message on a very relevant topic: being a manly man. It was insightful and helpful. He built up a case that manhood in our generation is in serious trouble. The men in our generation are decreasing. As disciples of Christ, we need to fight for biblical manhood.

In his seminar, he shared four traits of a manly man:

God has called men not to wait for their emotions to be aligned to His will. When He tells us to do something, we just follow Him and our emotions will follow as well.

God has called us to fulfill our assigned roles. Take Adam, for example. God gave him a role to fulfill in the Garden of Eden. The problem is he failed to fulfill his role by not protecting Eve. He failed as a man. The lesson for us is wherever God has placed us, we must be stewards in fulfilling our roles as men.

God has called us to walk with men who will build us up to become better men. That involves correcting, rebuking and realigning us to our calling whenever needed.

God has called men to honour Him in all aspects of life. We live to please Him not people.

These are great learnings. How I wish I had heard this talk 15 years ago! That’s why it’s our privilege to hear something like this. Our task right now is to fight for and build a culture of manly men in our society, especially in our campuses. Here are some thoughts on how we can do this:

It’s one thing to learn from it, but it’s another thing to actually live it. Our goal is to apply what we learned. The world needs men who will rise up to their calling. We need to model this. For example: Are you doing manly things? Are you living your life to honor God or do you have a tendency of pleasing men? Are you spending time with men in your campus team? Are you making a conscious effort to get mentoring from men you look up to in this area? Evaluate yourself. If we want to build this culture, we would have to be the manly men that God has called us to be.

James said, “But be doers of the word, and not hearers only, deceiving yourselves.”

Review your notes. Ask God to help you understand what you’ve learned. Also, process it with your campus directors, campus ministers or co-leaders. The Bible says, “As iron sharpens iron so a man sharpens another man.” Of the four things Stephen taught, you can talk about what needs to be addressed in your campus team. Or maybe you can ask someone what you need to improve on. If you are overly sensitive or not living for the glory of God, be willing to get feedback and pray together that God would give you the grace to change. The point is, we don’t let these teachings pass without processing them.

Our goal is to make an impact in society. Therefore, we don’t just enjoy this new learning for ourselves. Share it with your classmates and friends. How do we do it? Initiate a conversation. You can start by approaching a classmate and sharing with him what you’ve learned. Later on you can ask him about his thoughts on the matter and from there you can minister. This is our legacy for our generation and the next.

It is our burden now to create a culture of manly men in our campuses and society. Imagine a nation where men are living up to the role God has intended for them to fill. It’s time for us to choose to be a man and to build up other men to make that choice, too.

Read more from Paul on johnpaulherrera.wordpress.com