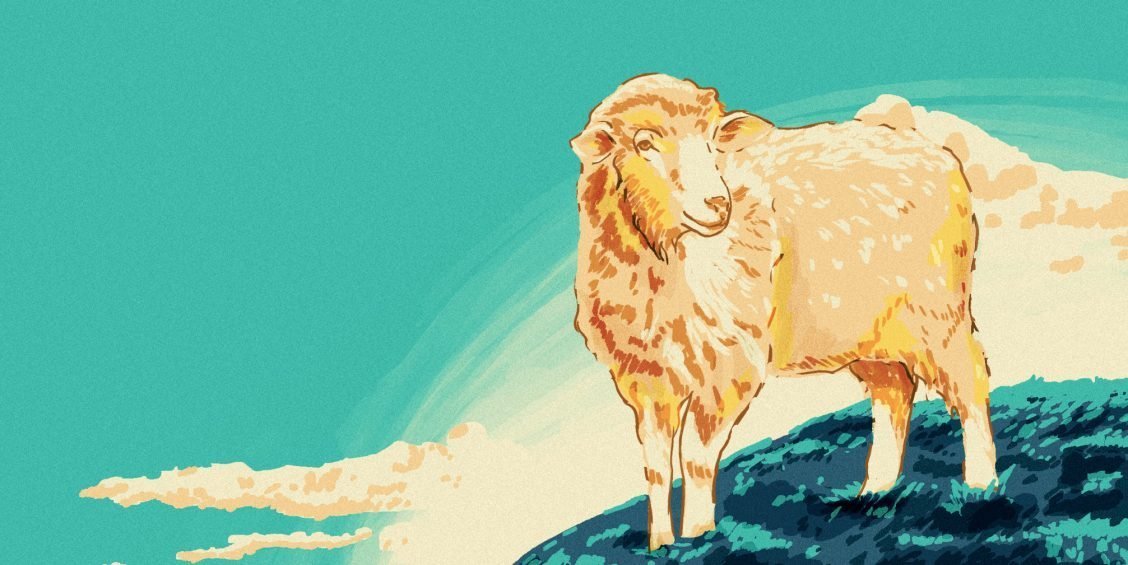 Shepherds Interrupted: From Shepherds To Sheep

It was like any other night, except for that unusually bright star up above. As the last of the flock laid to rest after a long day, the shepherds began to watch over them. Suddenly, an angel appeared. Then a joyful angelic host. The shepherds’ lives would never be the same.

Have you ever wondered why God chose lowly shepherds to be among the first people to ever encounter Jesus?

A Day in the Life of a Shepherd

Sheep played an important part in Jewish culture and economy. For one, sheep, particularly their lambs, were used as a symbolic offering for the forgiveness of one’s sins. Economically, from sheep come a variety of products such as meat, milk, clothing, and containers.

Because they play an integral part in Jewish culture, shepherding was a common livelihood; to some, it was a family tradition, passed down from generation to generation. To young men, tending the sheep became a rite of passage into manhood.

Shepherds spent a huge amount of time with their flock, even if it meant being far from home for a season in order to tend the sheep. For instance, when nearby fields are bare, shepherds had to lead their flock to greener pastures in order to feed them.

But for all the hard work and sacrifice that their job entailed, these shepherds were often unseen, unappreciated, and looked down upon by society.

Tending sheep is a physically demanding occupation, and it comes with the expectation that the shepherd will do whatever it takes to make sure that the flock is safe and that none gets lost. Shepherds would do this on a daily basis.

Yet, for all their hard work, only their flock bear witness to their heroism, courage, and sacrifice.

The bitter irony of being a shepherd is that while their flock and livelihood played a significant role in their culture, these shepherds were not deemed important in their society. Tending the sheep was a job that merited no appreciation, and only a few were compensated well. It was a thankless job that the shepherds had come to fully embrace. To the Jews, tending the sheep wasn’t honorable—it was laborious, dirty, and kind of humiliating.

Shepherds were often suspected of stealing, and because of people’s perception of them, their testimony was considered inadmissible in the Jewish court of law. For people, a shepherd’s word could not be trusted. What was the worst part about all of this unjust treatment? They accepted it!

An Encounter with the Chief Shepherd

So, how did the shepherds encounter Jesus on that cold Christmas night?

And there were shepherds living out in the fields nearby, keeping watch over their flocks at night. An angel of the Lord appeared to them, and the glory of the Lord shone around them, and they were terrified. But the angel said to them, “Do not be afraid. I bring you good news that will cause great joy for all the people. Today in the town of David a Savior has been born to you; he is the Messiah, the Lord. This will be a sign to you: You will find a baby wrapped in cloths and lying in a manger.”

Their encounter started with an interruption.

As the shepherds watched over the flock that quiet evening, an angel came and startled them with unbelievable news, “The Savior of the world has been born!” The shepherds’ initial response was trembling and fear.

When Jesus interrupts our lives, our knee-jerk reaction as finite human beings is just like the shepherds’: fear. Interruptions prompt change, and people usually dislike change. But, just as the angels’ interruption brought forth the proclamation of good news, we can be sure that Jesus’ interruptions in our lives are for our own good.

These lowly shepherds were chosen by God to be among the first people to encounter the Savior of the world, and the best part about this is that their lives will never be the same. That encounter was a good interruption because it meant a redemption of their identity. It was a warm welcome into the family of God. It was God’s way of telling them that He sees what they do, He appreciates them for what they contribute, and He honors them for who they truly are—His children.

You see, these shepherds stood face-to-face with Jesus, the Chief Shepherd. In front of them was the One who has come to shepherd all peoples, including them! The shepherds became the sheep in the presence of Jesus.

Does your life today look like that of a shepherd? Do you often feel overlooked, unappreciated, and unhonored by the people around you? Remember that Jesus also came for you, not just the shepherds. He sees you, He knows who you are, and most of all, He loves you and wants to take care of you. When you encounter Him, your life will never be the same!