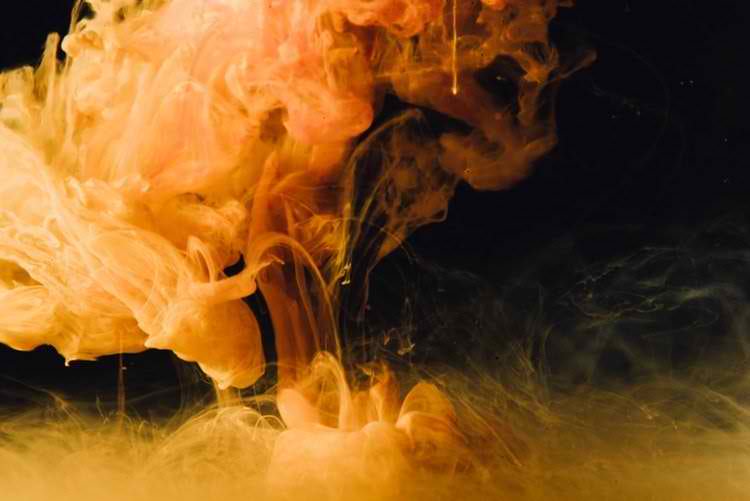 One of the things that will forever be etched in my memory are images from Magandang Gabi Bayan’s Halloween specials. As a kid, I loved the suspense and thrill as my cousins and I screamed and scared each other while watching.

Filipinos, in general, are drawn to the supernatural as it is deeply embedded in our precolonial culture.

But fear replaces the thrill when you find yourself alone at home, getting scared of the dark. You start to hear things and imagine scenes from the movies you’ve seen. Relate much?

In this article, we will tackle something that creates fear in even the best of us: the devil.

Who is the devil? What is he up to? How does he work and move? How do we win against his lies and schemes?

Many people fear the devil because we were made to believe that he is more powerful than he truly is. But the devil isn’t just the stuff of our nightmares. More dangerously, the devil romanticizes himself in pop culture and makes himself appear less hideous and more acceptable to humans. He masquerades himself as an angel of light (2 Corinthians 11:14).

The Bible calls him Satan, the leader of evil angels who revolted against God and were cast out of His kingdom. Drawing from an excerpt in Isaiah 14, Bible experts believe that Satan was banished from God’s kingdom when he decided to place himself over God and take over His throne.

His name tells of his characteristics: he is the adversary of God—one who, along with his demons, desperately tries to oppose God and His government in heaven and on earth.

While the world tries to either dilute or glorify Satan, Jesus exposed him for what he truly is.

“You are of your father the devil, and your will is to do your father’s desires. He was a murderer from the beginning, and does not stand in the truth, because there is no truth in him. When he lies, he speaks out of his own character, for he is a liar and the father of lies.”

Satan’s scheme is to kill. He was called Apollyon, “the Destroyer.” Because Satan deceived Adam and Eve, sin entered the world, bringing with it death.

Satan’s scheme is to deceive. He deceived Adam and Eve by casting doubt on God’s Word. He tried to deceive Jesus while He was fasting in the wilderness, spewing lies and injecting doubts; but his lies fell to the ground at the truth and power of the Scriptures. Today, Satan continues to deceive people about their identity, dignity, and destiny. He demonizes God in the minds of people, causing many to hate God and/or doubt His existence.

While God is the giver of good gifts (James 1:17), Satan presents himself as a good guy who gives people what they desire. Satan is the enemy of Jesus’ followers; the roaring lion who’s waiting for someone to devour (1 Peter 5:8). He’s quietly waiting to destroy you when you least expect it. He is the tempter (Matthew 4:3; 1 Thessalonians 3:5); he knows your weaknesses—your favorite sins, your secret struggles, your weak emotions, and your painful stories—and he wants to use these things to lead you to sin against God.

Satan is called “Diabolos,” the accuser (Revelation 12:10). He leads people to sin and accuses them. His desire is for people to be separated from God and to be punished with him in hell.

Author and theologian, J.I. Packer, wrote about demons in his book, Concise Theology. According to him, “the demons were fallen angels, deathless creatures serving Satan. . . . Having joined Satan’s rebellion, they were cast out of heaven to await final judgment (2 Peter 2:4; Jude 6). Their minds are permanently set to oppose God, goodness, truth, the kingdom of Christ, and the welfare of human beings.”

Satan’s major objective is to oppose God, and he wants to use God’s creation to hurt God and rebel against Him. He is the evil one; nothing good comes out of him. His thoughts are fully focused on committing evil against God and His people.

Satan and His Doom

God and Satan are not equal.

Many of us think of heroes and villains whenever we think about God and the devil, because popular culture paints them as equal forces. The truth is, they are not. God is the Creator. Satan is a fallen creature. Between God and Satan, there’s no competition; God is the clear Champion.

God has unlimited power. He is all-powerful, all-knowing, and all-present. Satan is no match for Him. Satan’s power is limited. He possesses real supernatural power, but he is not divine. He cannot read our thoughts; he cannot be in all places at the same time; and his influence is restricted and limited.

God is the ruler of this world. The entire universe is His kingdom. God remains sovereign in the midst of evil in this world, and He has given all authority to Jesus Christ.

Satan, on the other hand, is an illegitimate ruler, destined for destruction in the last days.

Then the devil, who had deceived them, was thrown into the fiery lake of burning sulfur, joining the beast and the false prophet. There they will be tormented day and night forever and ever.

Satan’s reign will surely come to an end!

Jesus did not just give us hope of future victory. He gave us power and authority over demons in our daily lives! As He poured out His Spirit upon us, God gave us the assurance that He who is in us is greater than he who is in the world (1 John 4:4). The devil can no longer deceive us, because God has given us His Spirit, who will guide us into all truth! (John 16:13)

The next time you get scared, remember that you don’t need to be afraid anymore. So, resist the devil whenever you’re tempted, anxious, or afraid! The devil is already defeated because God who is in you is greater than the devil who is in the world!