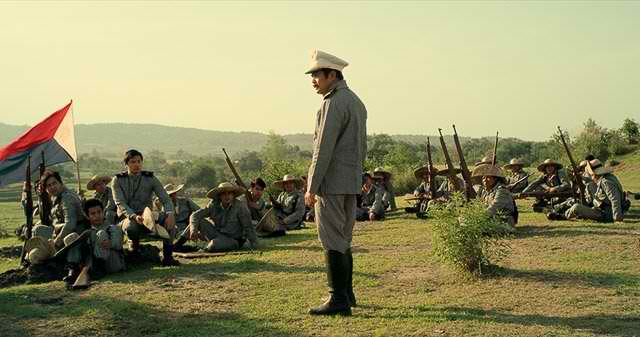 The Heneral Luna in Us

Heneral Luna has been making waves for the past weeks and everyone who has seen it has been raving about how awesome it is—I couldn’t agree more. Last week, some of the ladies from the Every Nation Campus National Office and I gathered together to watch the movie and it did not fail our expectations—the script was well-written, the historical references were brilliant and all throughout the movie, you could feel the passion and nationalism. It made me proud (in a good sense) that Filipinos could produce such an excellent film with so much sense. I even told them that if I was still teaching Philippine History and Philippine Government in the university, this would be one of the required movies for my class.

I have to confess that I cried several times while watching—my heart was so moved with the intensity of the passion, dedication and love for our nation that General Luna (portrayed by John Arcilla) exhibited. Reading through different Philippine history references before, it was awesome to see how the movie excellently portrayed and stayed true to the character that I was always imagining while flipping through those pages about the late hero. Patriotism was written all throughout.

But far greater than the thrill of seeing history books and references come alive, I gleaned something more than that. There are so many things I can share on a historical and political perspective but there’s one thing that’s really resounding in my heart.

The country is at war. General Luna pours out his passion to the young journalist, Joven. Joven listens intently, notes what he’s learning and observing…he wants to learn and understand. He wants to be lead. Because everyone wants what the General wants: freedom and liberty. No more oppression, no more captivity. Interestingly, Joven is the Spanish word for “young.” I feel like Joven is not just a mere addition to creatively narrate the story but it means so much more. He is a representation of the young people of this nation as a whole and it’s still ringing in my heart.

The young people are noting, watching, observing…wanting to learn and understand. Wanting what the general wants: true freedom and liberty.

The same is true today.

The young people are still watching, noting…wanting to learn and understand. They are waiting for a General Luna who would be “lunatic” enough to pursue his passion to make this come to pass whatever it takes. It’s the things we’re truly passionate about, the things we’re willing to die for, that push us to go beyond ourselves, leave our comfort zones and live for something that’s greater than us.

This brings us to the question: What are you willing to die for?

No one is immortal and we would all have to face this reality. Perhaps the greatest realization of our worth is dependent on what we’re willing to lay down our lives for. The movie clearly shows the unwavering passion and commitment of the General’s revelation of this in his life. He was willing to die for his nation. And die he did. He fought until the end. As ministers, our heart is to transform this nation. That’s why we’re reaching out to the millions of Jovens out there. Patriotism and nation-building is a noble cause. But I believe that nation-building is just a by-product of the true transformation. A true patriotic heart, devoid of any personal gain or interest, can only be birth if you’ve experienced the greatest and truest love of all—one that can truly set you free from the clutches of selfishness and greed. Then and only then can you serve your country wholeheartedly and selfelssly.

General Luna was crazy enough to do unconventional, out of the box military strategies to win the war for our nation. The physical war may have ended but we are in a far greater war for the destinies of the young people of this nation even up to this day.

I walked out of the movie house with a good, heavy heart—heavy not with burden, anger or resentment (because I have learned to trust God’s sovereignty in the affairs of our nation) but with the fullness of hope that the reason why we can see a bright future ahead for the Philippines is because I know that the Jovens can see Someone far greater than a General Luna in us. The Greatest General walked here on earth, left His comfort zone and executed the most brilliant military tactic in history: He died once and for all so we would no longer suffer the sting of death. The best leader and the One who could truly set them free from within so they can win the battle—Jesus Christ. No more oppression, no more captivity.

So, let’s be agents of our General. As long as there is one Joven out there, our job is never done…till death.

Mye Nunag is a campus missionary by heart and by training. She continues to be active in the ministry with her husband, Every Nation Campus National Director CJ Nunag. They are also loving parents to their kids, Samuel and Elle.

When asked to describe herself, she says that she simply wants to be known as God's daughter & co-heir of Christ. Mye is a teacher, preacher, and campus missionary at heart. She got to know Jesus Christ while she was still a student in UP Manila, went on short term missions trips while still a student & later on helped plant our church in Dumaguete. She's currently a Ministry staff in U-Belt & also helps equip future ministers by teaching in our school of ministry. Her years of marriage to Christian, known as CJ to most, has been blessed with wonderful faith adventures and two miracle babies, Samuel and Elle.