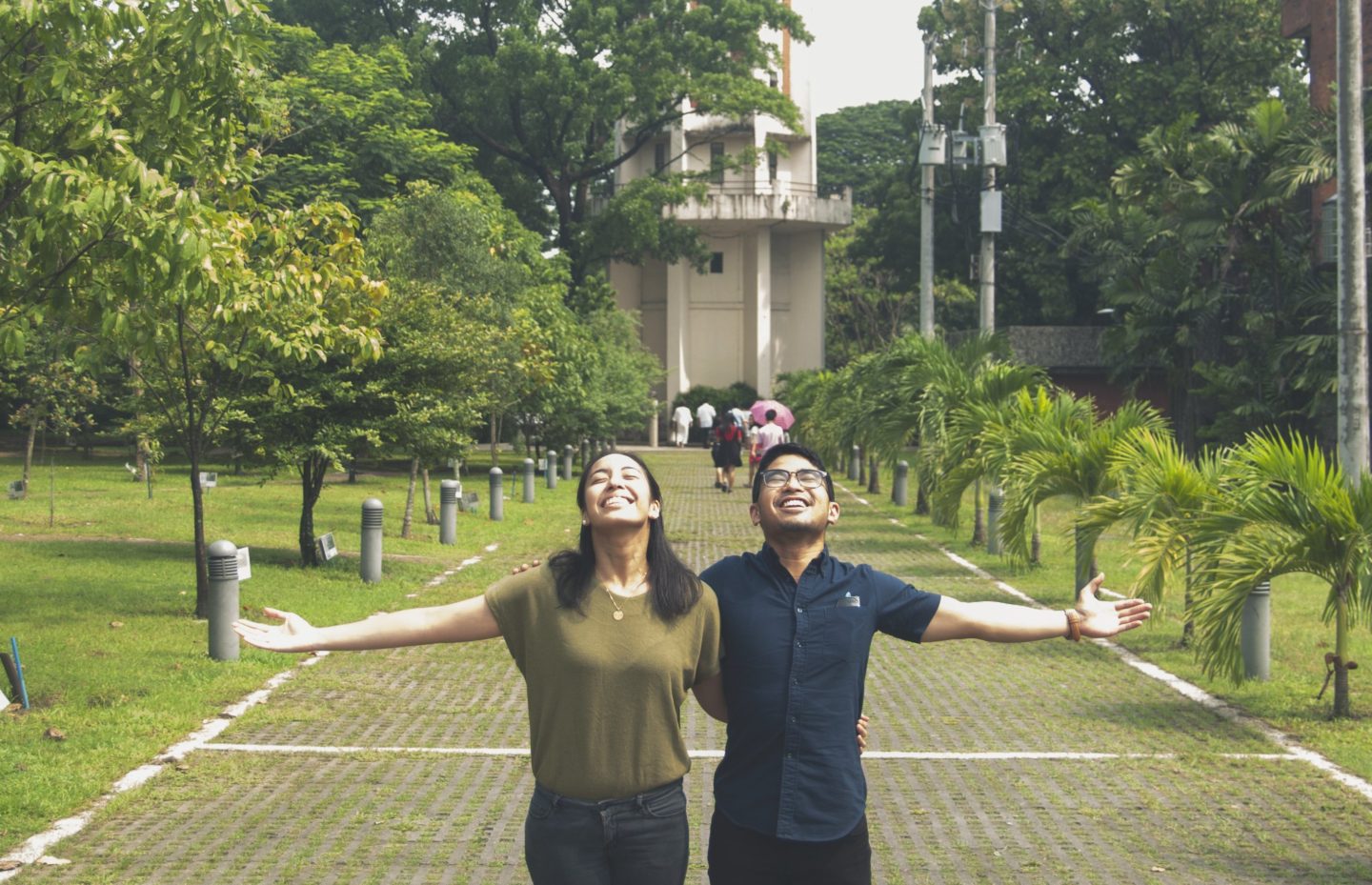 To the One Who is Suffering

I can’t say I know exactly what you’re going through right now, but I can say I know what life can be like—terrible, cruel, and without mercy.

This year might be a tough one for you. But trust me, you are not alone. Part of me can’t wait for the year to end so I can start afresh. Yet in spite of all that this year has been, it taught me one simple truth: Though life can be terrible, cruel, and without mercy, it doesn’t have to be without hope.

But how can we birth hope from deep inside our hearts, when our hearts house our deepest hurts and disappointments?

We can still find hope in God despite our hurts, for He promised to rescue and save us. He promised hope.

Hope is what grew inside me when I started to pursue Gia.

Gia and I were acquaintances for some time, but it took a long time before I really started to notice her. My boss helped make a way for me to get to know her, and that night, all I could think of was, “Wow, I could look at this girl and talk to her forever.” I couldn’t stop thinking of her after that.

But I also couldn’t stop thinking of my fears and apprehensions either.

I knew she had lupus. She was diagnosed with it during high school, but she miraculously survived. There was no sign of her having any medical condition when I met her. Yet the fears were real. I had so many questions and what if’s, and my mind went back and forth between wanting to pursue her and wanting to back off, thinking this was a terrible idea.

So I pursued Gia, and in June 2018, she said yes. I can honestly say that this was one of the best things that’s ever happened to me. She was my first girlfriend. We went on road trips and adventures. We went on dates every week. We did mundane things together like going to the grocery or working in cafés. We laughed until we couldn’t breathe. We cried together and opened up to one another. We dreamed together. We shared about the things that God was revealing to us and what He’s doing in our lives. Two months into the relationship, all I could think of was how I couldn’t wait to marry her.

After another two months, I had an engagement ring made.

Six months into the relationship, I wasn’t so sure anymore if I’ll ever get to use that ring because she started showing symptoms of lupus again.

When she went to the doctor in December, she was told to take some meds. When she came back in January, she was declared an emergency case so she had to be admitted to the hospital. The doctor initially said that she’ll be out after a week, but her condition grew worse and worse. It felt like my faith was getting a beating. And by the end of it, I was tired and weary, my hope barely alive.

And I didn’t want to admit any of this to God.

I didn’t want to admit to God how afraid I was. I held onto the saying, “Faith acknowledges the problem but looks to the promise.” I didn’t realize that there was this hidden middle step in all of that—the need to own up to all that I felt. I ignored my feelings and swept them under the rug.

I was afraid of God’s disappointment, that He would rebuke me and ask me where my faith was, so I kept pretending to be a man of faith. Eventually, all this emotional dishonesty started to make a mess within me in different ways, and one of my mentors had to tell me to just come clean to God. And so I finally did.

I poured everything out to God during one of my lowest points. It was when we found out that Gia would need regular blood transfusions and dialyses. At that point, I just didn’t know anymore. I told God how afraid, worried, and tired I’ve become.

I told God all that I felt, and when I did, I felt no judgment or disappointment. He just loved me, comforted me, and reassured me.

He gave me the strength to silently worship; to sing “Great Is Thy Faithfulness” while tears streamed down my face. Even though nothing in me felt like worshiping, deciding to still do so reminded me of who He is. I felt that He was with me and understood me, and that was more than enough.

Through the Bible, He constantly reminded me of His promises and His love. I found so many heroes of faith who also went through suffering; people who asked God the same questions I did, and God didn’t judge any of them but showed them love and comfort.

God also strengthened me through the good friends He blessed me with, people with whom I can be raw and honest about what I’m feeling and going through.

All of these sustained me for the following weeks that Gia was in the hospital. It braced me for what was to come.

In February, we got to celebrate our first Valentine’s Day together.

And the next day, I finally had to say goodbye.

I was on my way to the hospital when I received a message that her heart had stopped beating. I remember crying out to God in the car, asking Him, pleading for Him to not let it end this way. Her heart began to beat again but eventually that night, the doctors could no longer revive her and she passed away. That night, with her family and close friends, we thanked God for her life and bid her goodbye.

I came home from the hospital dazed. None of it sank in. I listened to some worship songs, and I prayed. I felt divided. Logically, I knew something tragic had happened. Emotionally, it was too much to process. I slept, I woke up, it felt like any other day.

I visited my parents that day. I just needed to see them. They asked me how I was. I told them I was still okay. We had breakfast.

It was over breakfast that it finally hit me, and it hit me hard.

The sadness came in waves, slowly building up until I couldn’t hold it back any longer, and I just broke down in tears, weeping bitterly as my mom rushed over to hold me.

It hit me that Gia was actually gone.

For the next few days, her family held a wake for her. It gave me a lot of time to process, to grieve, and to accept this loss. It also gave me time to find hope in God and to make sense of believing in Him in the midst of suffering.

During the wake, my sister asked me if this whole experience helped me see some other facet to God, if I’ve heard His voice in a different way. I thought about it and said not really, but it was during this time that I felt the constancy of God’s love and presence.

This is when I realized that the Apostle Paul was telling the truth when he said in Romans 8 that nothing can separate us from God’s love—not life, not death; absolutely nothing.

I just felt God’s closeness and comfort during this time. But this truth seemed to clash with what I felt to be true as well—I just went through a very real tragedy. In trying to reconcile these two truths, I wrote this in my journal:

To deny the first was to be emotionally dishonest. To reject the second was to be completely hopeless. Having hope in the midst of suffering does not mean denying the reality of our pain. It’s remembering that we have a God who is with us in the midst of it.

I hope that whatever you’re going through, you’d accept God’s invitation to find hope in Him. We find hope when we realize that He is with us when we suffer, and that He knows and understands our pain because in Christ, He Himself suffered.

We may not necessarily know the reason behind our suffering, but when we look at the cross, we will know what the answer is not—it cannot be that God does not love us.

In the end, our ultimate assurance is this: We have a God who conquered suffering and will wipe away every tear from our eyes. (Revelation 7:17)

Gia put it beautifully while she was in the hospital:

“Whether our prayers are answered in the way we expect or not, God’s faithfulness is never nullified. Because it is not what we get from God that keeps us going—it is that we get God Himself.

And that is more than enough.”