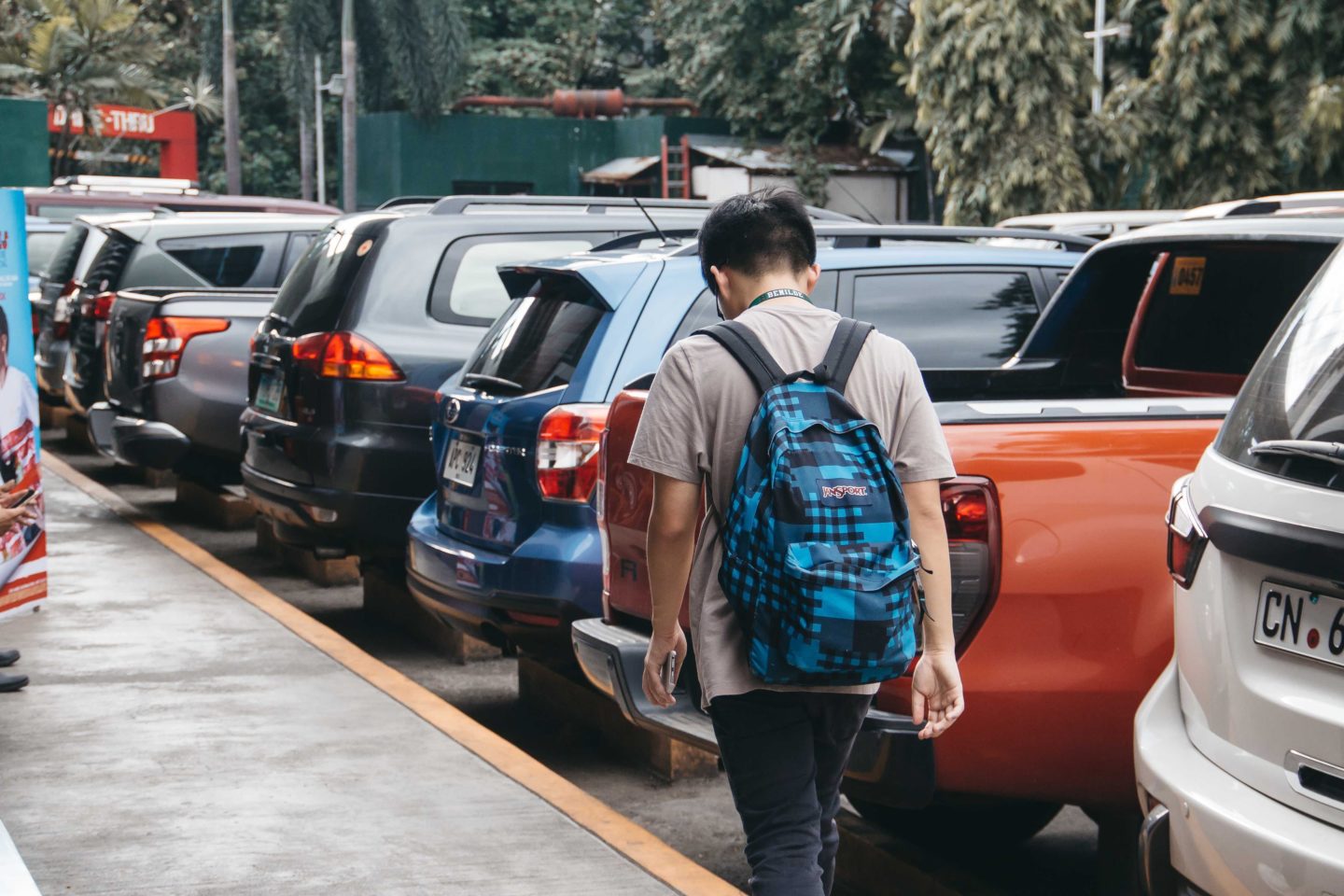 A man was crying one night while talking to his friend over dinner. “I can’t accept the fact that this is happening to her,” he said, lips shaking. They found out that his sister—a good-hearted and devoted Christian—has cancer, and he couldn’t wrap his mind around what’s happening. “She’s a good person, she doesn’t deserve it,” he said.

I was the “friend” in that conversation. And in the middle of this emotionally charged dialogue, I was uttering a silent prayer in my mind, asking the Lord for wisdom about what to say (or what not to say).

This led me to ask the question, “Why does God allow good people to suffer?”

“Why her, Lord? She’s a faithful servant of yours. She goes to church every week, diligently fulfills her ministry, and smiles at the door of the church and warmly welcomes everyone. Why her?”

“Why him, God? He’s a great father. He loves his wife so much. He treats everyone around him kindly. But you allowed him to suffer.”

“Lord, why me? Do I really deserve this?”

The Bible tells us the story of Job, a man just like the rest of us, but was extraordinary in the way he lived his life. He was upright, blameless, and God-fearing; one who turned away from evil. He lived a prosperous life and was famous in the land.

However, in one sudden plot twist, Job lost everything. Chapter 1 of the book of Job tells us that God permitted the devil to take away everything he had, kill his children, and inflict sores on his body. And so, the once rich and famous Job was left with nothing but scathing wounds, a bitter wife, and three well-meaning friends who thought they knew everything.

At first, Job did an excellent job in responding to his circumstance. He worshiped God in the midst of his pain. But the gravity of his loss, the sting of the sores, the bitterness of his wife, and the accusations of his friends caught up with him. He began to curse the day of his birth while asking the classic question, “Why Me?!”

As God broke His silence, here are a few things we can learn from Job’s story.

God remains in control in the midst of suffering.

In Chapter 1, it is notable that God was protecting Job even while the enemy intended to harm him. God remains to be the sovereign Lord of the universe despite the storm, and there’s nothing in this world that can and will happen without His knowledge and permission.

Our Father in heaven is the all-powerful Creator of the universe. Nothing escapes His gaze; He is never blind-sided by anything or anyone; even the devil is subject to His power and dominion. When He allows suffering to come your way, you need to go back to this basic truth:

Everything that God does is always because of and through love. God orchestrated every story in the Bible to demonstrate His love for us that culminates in the coming of Jesus to save the world. Until today, God has never changed His stance. Suffering is an inevitable reality in this lifetime, but the reality of suffering does not diminish the greater reality that God loves us no matter what.

God does not need to explain Himself.

God is God, and He doesn’t need to explain Himself. Sometimes, we tend to believe that God owes us an explanation for the things that are happening to us. We question His plans, doubt His power, and challenge Him to prove His existence when, in fact, we only continue to exist in this world because of His grace and mercy.

If God kept a record of wrongs, who can stand? But with Him, there is forgiveness and we can rely on His great love that never ceases (Psalm 130:3; Lamentations 3:22).

When God finally spoke, He did not answer Job’s question as to why He allowed him to suffer. On the contrary, God astounded him with mysteries that are too grand to decipher: The creation of the universe, the laws of nature, and the grand schemes of the created order.

God put Job in his place, and Job understood that he was in no position to question God. His notable response:

“I know that you can do all things, and that no purpose of yours can be thwarted.”

Even if God does not explain Himself to you, will you keep loving Him? Will you keep worshiping God for all that He is even in the midst of suffering?

All suffering will end.

This much is true: All suffering will end. Nothing in this world is permanent, and your suffering, too, will someday end. I don’t know when or how, but we can be confident that God will put an end to all your struggles.

For now, my prayer is that you will fight the good fight of faith so that you may finish well. I don’t know how serious your suffering may be, and I have no idea how painful it is to be in your situation; only the heart understands its own misery (Proverbs 14:10). But rest on this truth: You are an overcomer by the power of God. Things may not make sense for now, but God makes all things beautiful in His time. Let us respond well in faith.

Count it all joy, my brothers, when you meet trials of various kinds, for you know that the testing of your faith produces steadfastness. And let steadfastness have its full effect, that you may be perfect and complete, lacking in nothing. . . . Blessed is the man who remains steadfast under trial, for when he has stood the test he will receive the crown of life, which God has promised to those who love him.

I said the same thing to my friend during our tearful conversation. But as we finished, I left him with a one-point challenge, and I pose this same challenge to you: In the midst of this trial, pursue God more and surrender to His Lordship. God pours out His power and grace to those who seek Him.