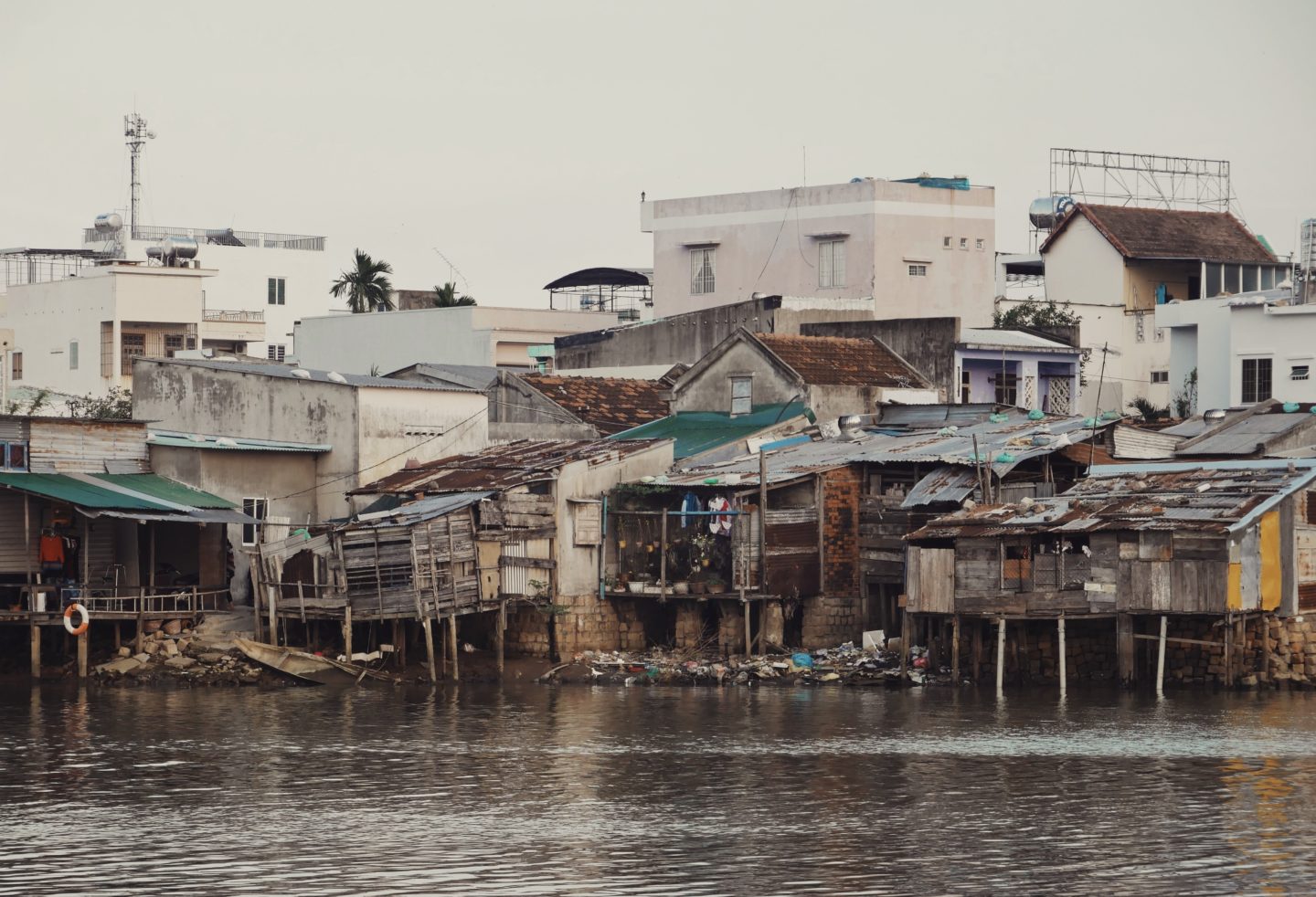 If God is good, why does He allow evil in the world?

In Syria, the estimated death toll resulting from the civil war already reached as high as 511,000 as of March 2018, according to the Syrian Observatory for Human Rights.

In Africa, a recent study found that nearly 60 million children experience hunger, resulting in the death of 10,000 children every day.

Speaking of hunger and poverty, we need not look too far as we witness this in our own backyard. Every day, many of our fellow Filipinos live from paycheck to paycheck, struggling to make ends meet in order to survive another day. Add to that the numerous cases of violence and corruption that we see in the news.

Where is God in the midst of all these suffering?

If God is all-powerful, why won’t He stop wars and solve famines?

If God is all-knowing, why won’t He thwart the plans of the evildoers before they hurt anyone?

If God is all-present, why does He watch by the sidelines and not do anything to save people?

If God is truly good, why does He allow evil and suffering to exist in the world?

These questions have been the subject of much debate for hundreds of years among Christian and philosophers.

For Christianity’s critics, evil negates the existence of a loving God who knows all things and can do all things. Christian philosophers, such as Irenaeus and Augustine of Hippo, vindicated God and formulated major theodicies (moral and philosophical arguments to defend the goodness of God) to explain the existence of evil in God’s creation.

Where did evil come from?

In order to answer the question surrounding the problem of evil, it’s important to understand where evil originated. Where did evil come from? Did God create evil?

The story in Genesis 1 tells us more than just the origin of the universe. The Creation story reveals God’s original intent and design for His creation. All throughout the account, the Bible tells us that everything God made was “good.”

People ask: Why didn’t God just create a world where evil and suffering don’t exist? He actually did.

God saw all that He had made, and it was very good.

God did not create evil. In God’s order of things, evil was never part of His purpose and design. Evil is a corruption of God’s creation brought about by man’s decision to follow their own desires rather than obey God.

The problem of evil in the world can be traced back to the time in Genesis 3. God created humans with the capacity to make decisions. However, Adam and Eve used their free will to disobey God’s command.

As they ate the forbidden fruit, the glory and perfection of God’s creation fell. When sin entered creation, it wreaked suffering and death in the world.

Why, then, did God create human beings with free will?

In His infinite wisdom, God certainly knew that human beings will mess things up and destroy His divine creation. Why, then, did He create a world with people who are capable of making evil decisions?

C.S. Lewis, in his book, The Case for Christianity, put it this way:

God created things which had free will. That means creatures which can go wrong or right. Some people think they can imagine a creature which was free but had no possibility of going wrong, but I can’t. If a thing is free to be good, it’s also free to be bad. And free will is what has made evil possible. Why, then, did God give them free will? Because free will, though it makes evil possible, is also the only thing that makes possible any love or goodness or joy worth having.

God created us to have a loving relationship with Him, and love always involves a choice. It is an act of free will. No power in all of creation can ever control love. If love is borne out of force instead of one’s free will, it can never be considered love. God knows better than to force us to love Him.

Adam and Eve’s abuse of this free will unleashed evil in the world.

In today’s world, wars happen because there are those who would choose their own agenda over people. Hunger and famine exist not because of food shortage but because of people’s greed and lack of responsibility and ownership of creation.

Humanity’s sins have also inflicted a curse on the ground. Natural calamities, death, and decay have become part of the human experience. Paul said the “whole creation has been groaning as in the pains of childbirth” because of this. (Romans 8:22)

So, knowing that we are capable of inflicting evil, did God just leave us alone and remained uninvolved as we create chaos in the world?

No. Since He created us with the capacity to make decisions, God gave us His laws to govern us. We have been given the free will to obey His commands and to stay away from evil.

In the book Mere Christianity, C.S. Lewis said, “In reality, moral rules are directions for running the human machine. Every moral rule is there to prevent a breakdown, or a strain, or friction, in the running of that machine.”

Many people accuse God for not doing anything to solve the problem of evil in the world.

If God is powerful enough to remove evil and suffering from the world, why won’t He do it now?

Why does God allow evil to persist in the world He created? Why won’t He just blast evil out of existence and renew the world in an instant?

The reason God couldn’t just remove evil from the world is LOVE.

To blast evil out of the world is to inadvertently obliterate all of humanity out of existence. God will never do that. On the contrary, God loved the world so much that He gave His only Son, Jesus, to redeem humanity (John 3:16).

Because sin is deeply embedded in the human soul, the only way to remove evil is through a spiritual rebirth. Jesus paid the price in our place to make this plan a reality. He took the punishment for humanity’s evil deeds upon Himself, so that those who will put their faith in Him will become a new creation—free from the bondage of evil and from the consequence of sin.

God loves us too much to obliterate us. So, on the cross, Jesus defeated evil and rendered it powerless. When Jesus returns, He will completely remove evil from His creation in a new heaven and new earth, where He will dwell with those who have been saved by His finished work on the cross.

Meanwhile, as we confront pain and suffering, our confidence is that despite the evil in the world, God causes all things to work together for the good of those who love Him and are called according to His purpose (Romans 8:28).

God has promised a day of reckoning when all evil will be punished and all suffering will cease.

Paul said the glory that awaits us in the end far outweighs our light and momentary troubles in this life (2 Corinthians 4:17; Romans 8:18). God promised to establish His eternal kingdom where there will be no more tears, pain, or death (Revelation 21:4).