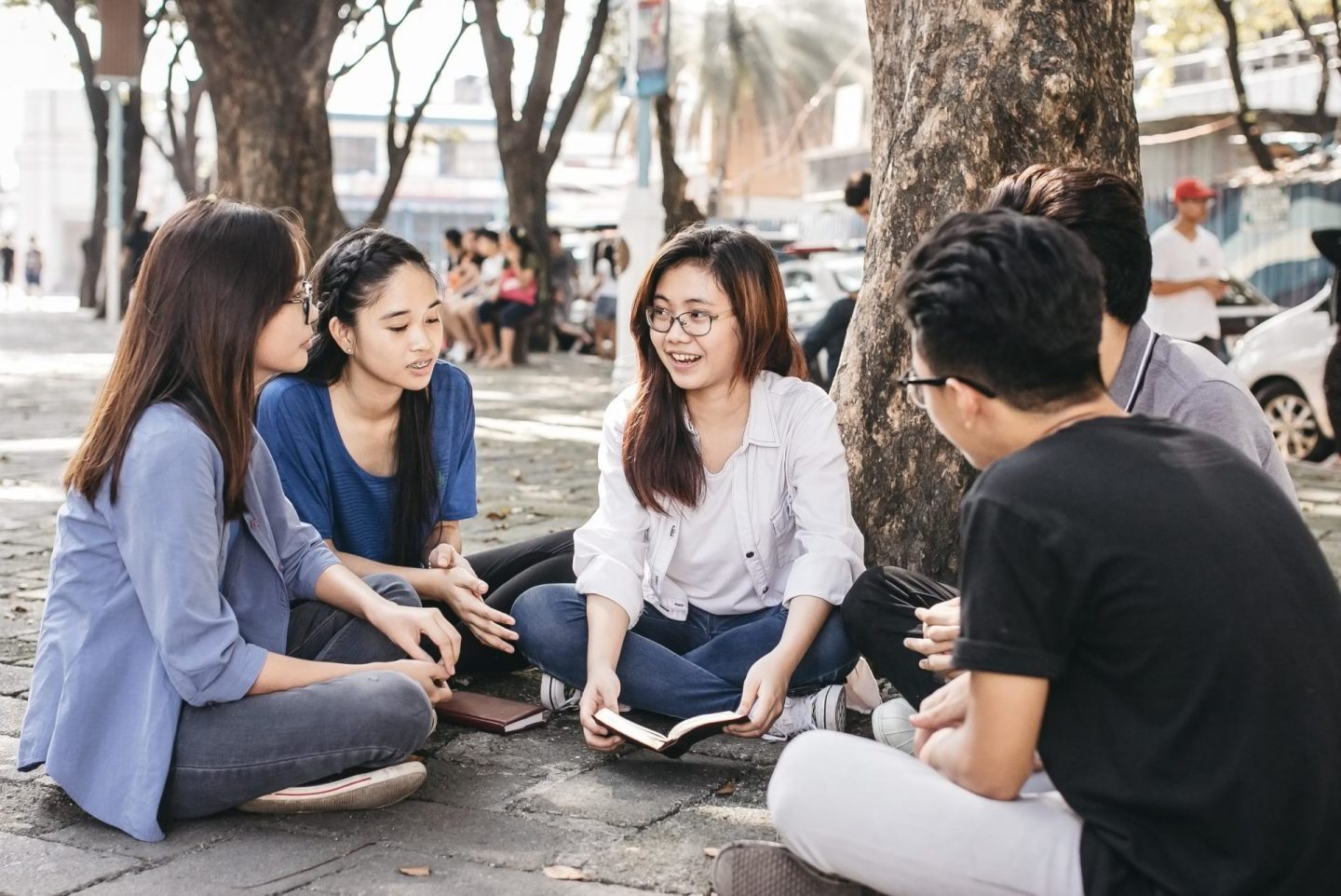 The campus is a melting pot of ideas.

In fact, major movements and notable innovations were born within university walls and vibrant school grounds where people and ideas interact freely and without fear.

However, while the campus is always ripe for the gospel, it can also a dangerous battlefield where wrong ideologies, deceptive teachings and hollow philosophies propagate. There is a free marketplace of ideas in your campus and you are exposed to different worldviews that could influence your values and beliefs.

A worldview is the lens by which a person looks at the world. A person’s worldview guides his goals, motivations and actions. It can shape or even determine relationships, direction in life, religion, morality, among many others.

So we see it is a huge part of a person’s life, our own lives and also others. And if we want to help someone follow Jesus, it is crucial that we first understand His worldview and align His beliefs with the truth of the Scriptures.

Here are some of the most common worldviews that you might be encountering in your campus. Our goal is to shed the light of the Scriptures on each of these views so that you will not be tossed and carried around by every wind of teaching that deceives many (Ephesians 4:14).

1. Materialism: The Pursuit of Wealth

This worldview is founded on the belief that the most important thing in life is to acquire things. This worldview is very prevalent in our highly commercialized society. Many people are getting their identity and self-worth from wealth and material things. Many students run after the latest gadgets, while some base their confidence on the clothes they wear or on the model of the car they drive.

We see this worldview being lived out in the way people make decisions about which college course to take or which job to apply for. We see how money has become the main factor by which most people make life decisions.

Jesus said in Luke 12:15 that “life does not consist in the abundance of possessions.” The Bible even went as far as saying that the love of money is the root of all kinds of evil (1 Timothy 6:10).

So, more than just pursuing wealth and material things, the Bible encourages us to seek God’s kingdom and His righteousness, and all the things we need will be added to us (Matthew 6:33).

According to this worldview, the only thing that matters in life is how feel. Therefore, the pursuit of pleasure, comfort and happiness is the most important thing in life. Because we only live once, this worldview says that we should make the most of our time by experiencing all the pleasures in the world and running after the things that will make us happy.

As a result, life has become one big playground and people have become more concerned about their own pleasure and happiness, even at the expense of others’ feelings or their own future.

The Bible tells the story of King Solomon, the wisest man who ever lived; many believe He was the writer of Ecclesiastes. This book tells of how King Solomon had tried all the pleasures in life — power, honor, wealth and women! All these things he called “meaningless,” a senseless pursuit under the sun.

Moralism is the practice of morality apart from any religion or faith in God. Because they believe that people are naturally good at heart, moralists think that a person can be morally upright by simply choosing to do good. The motivation to do good is to become a better person, not to obey God. For moralists, good behavior is the source of life.

On the contrary, the Bible says that we are totally depraved apart from God’s grace. Left on our own, we are incapable of making moral choices and are always bound to hurt one another. Also, good behavior is not the source of life. Ephesians 2:8-9 is clear that it is God’s grace through faith that saves us, not our good works.

Another form of moralism is creeping into the church: religious moralism. This flawed thinking focuses on behavior improvement instead of real, inside-out transformation. Religious moralism reduces the gospel into a moral code by which people must abide.

Moralism is not a substitute for faith, repentance and the gospel of Jesus.

4. Naturalism: “Man is just a product of nature”

Paul countered this worldview in Romans 1:19-20, saying that God has revealed himself to us through His creations. “For his invisible attributes, namely, his eternal power and divine nature, have been clearly perceived, ever since the creation of the world, in the things that have been made. So they are without excuse,” Paul wrote.

The main focus of postmodernism is the individuality of man. One’s personal benefits and interests are more important than those of others. TIME Magazine, in one of its publications, called this generation, “the ME, ME, ME Generation.” We live in a serve-yourself-first kind of world.

Postmodernists embrace moral relativism: to each his own. Whatever works for an individual is right. We see this on how people are encouraged to explore, embrace different expressions of self, and fight for their own preferences.

But Proverbs 14:12 says, “There is a way that seems right to a man, but its end is the way to death.” We can’t really just rely on our own wisdom as this could lead to death.

Also, Jesus said “whoever would save his life will lose it, but whoever loses his life for [Jesus’] sake will find it” (Matthew 16:25). We are to look after the interests of others and consider others better than ourselves (Philippians 2:3).

6. Cosmic Humanism: “All is one. Everything is God”

However, God has revealed himself throughout Scriptures that He is a Father who is personally involved in the lives of His creations. In Psalm 139, the psalmist described how God knows every intimate detail about us; He knows even the number of our hair! Also, in Isaiah 45:5, God said, “I am the LORD, and there is no other. Apart me from me, there is no God.”

Secular Humanism is the belief that man is supreme and has the power to control and determine his own destiny. This worldview also denies the existence of God and believes that man is the driver of his own fate. This system of belief has striking similarities with postmodernism, naturalism and moralism — it shares the same belief that man is just a product of nature, that morality can be achieved apart from God, and that there is no absolute morality.

The truth is this: “Many are the plans in the mind of a man, but it is the purpose of the Lord that will stand” (Proverbs 19:21). Whether people believe it or not, there is a sovereign God who has full control over the affairs of man. His purpose will stand over our lives and over all of His creation.

My hope and my prayer is that, through the guidance of the Holy Spirit, we will be able to take every thought and every worldview captive and make it obedient to the truth of Jesus Christ. Let us all be equipped with the knowledge of the Scriptures. I pray that you will be able to carefully discern and test every philosophy that you encounter, whether that’s on the internet or in your campus.