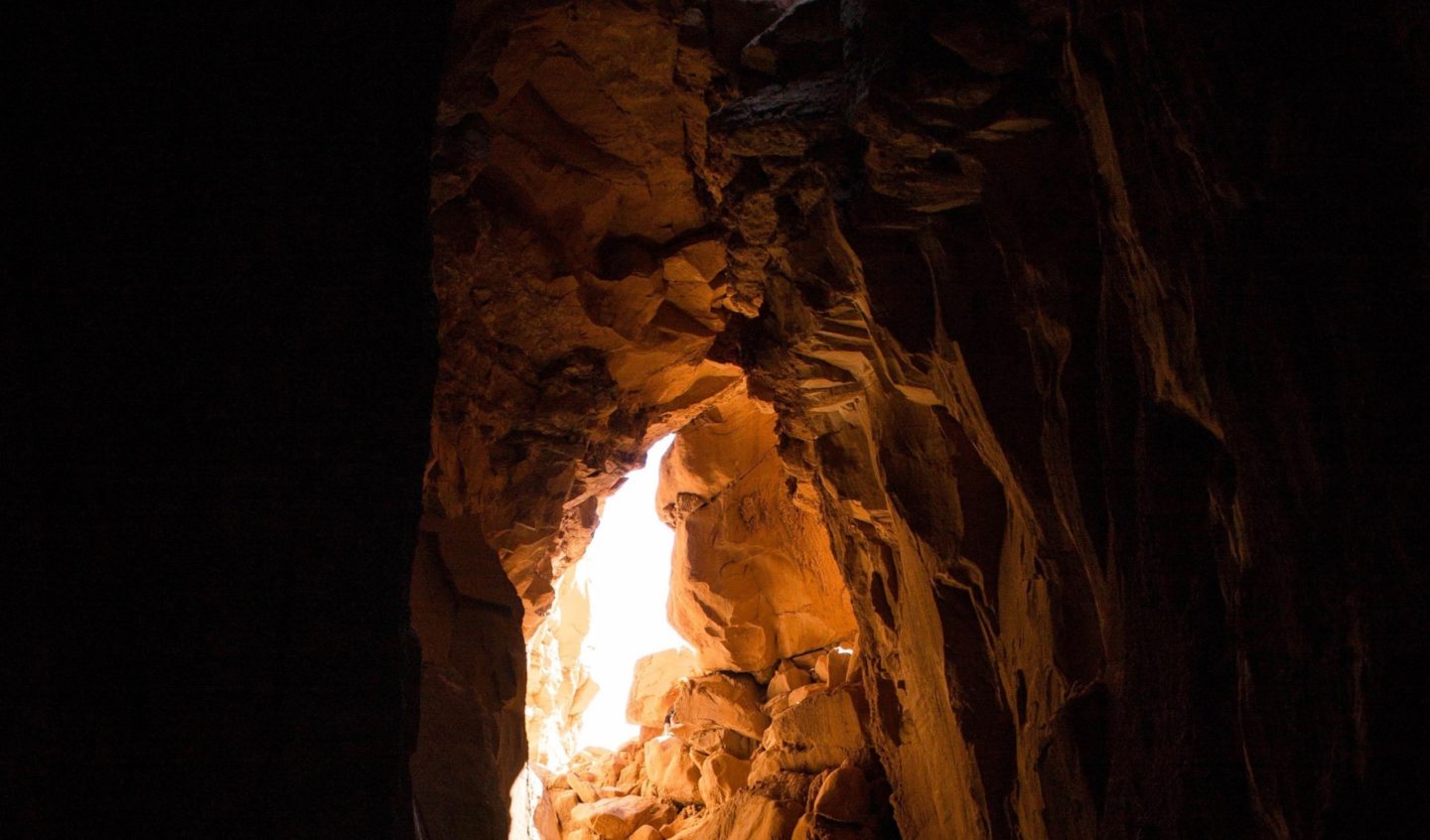 Did Jesus Really Rise From The Dead

The resurrection of Jesus Christ is indisputably the most important event in the history of Christendom. It is the bedrock on which most, if not all, of the essential doctrines of Christianity rest.

In fact, if someone seeks to destroy Christianity, one only needs to cast a shadow of doubt on this claim. As Paul himself said in 1 Corinthians 15:14, “If Christ has not been raised, then our preaching is in vain and your faith is in vain.”

If the claim about Jesus’ resurrection is false, the foundation of Christianity would collapse—Jesus’ deity, His atoning death, eternal life, and salvation by grace through faith in Him.

Did Jesus really rise from the dead? Is there any solid basis for this bold claim? Or are Christians greatly fooled and most to be pitied?

First of all, did Jesus really die?

But, is it really possible to survive such horrific experience?

The Roman method of crucifixion inflicted a slow but certain death upon its victim. In fact, the crucifixion was just the gruesome finale to a series of ordeals that its victims go through; the torture starts with the beating and the scourging.

The Roman flagrum that they used in scourging was made out of leather strips with shards of glass, bone fragments, and metal pieces tied at the end. Medical experts who studied this method of torture said that its pain is comparable to that of a shotgun blast fired at close range. As the whip shattered the flesh, the victim suffers extreme pain and blood loss. This dangerously affects the victim’s vital organs such as the heart, brain, and the lungs. The purpose of the scourging is to mutilate the victim in preparation for the public crucifixion.

The crucifixion was a medical catastrophe. In fact, driving the nails through the hands and feet was just a small part of the entire torture. In this method of punishment, the victim suffers from many different things, such as blood loss, severe muscle cramps, bone dislocation, pulmonary contusion, dehydration, and asphyxiation, among others.

All of these, along with the intense emotional and mental trauma, are more than enough to kill the victim in no time.

Did Jesus really die during the crucifixion? In light of all the scientific evidence and all the various testimonies from medical experts, there’s no doubt that Jesus indeed died on the cross. In fact, it’s an even more difficult task to prove that He survived such a horrifying experience.

Arguments Against the Resurrection Story

Throughout history, many attempts have been made to debunk the claim that Jesus rose from the dead. Several theories have been floated to disprove the claim, but none of these theories have withstood critical scrutiny.

Theory # 1: Jesus did not really die.

As previously discussed, some claim that Jesus did not really die on the cross. But as we’ve already established, Jesus actually died on the cross. There is hard evidence for it! This fact sets the stage for His resurrection.

Theory # 2: Jesus did not resurrect; His body was just stolen.

Because none can disprove that Jesus died on the cross, critics propose another theory: His body was stolen by His disciples. Matthew recorded this fraudulent claim in the Gospels, when the Jewish elders and the chief priests bribed the soldiers to tell the people that Jesus’ disciples “came by night and stole the body away.” (Matthew 28:13)

But what motivation could the disciples have in stealing Jesus’ dead body? After all, these disciples chickened out when the soldiers arrested Him. Why, then, would they even attempt to steal His body from a heavily guarded tomb? Why would they risk their lives for a supposed lie that had their Master killed?

Theory # 3: The disciples were hallucinating.

Since it was difficult to prove that the body was stolen, some have considered the possibility that those who saw the resurrected Christ were simply hallucinating. This theory is the most absurd of all.

The Bible tells us that Jesus appeared to hundreds of people for around 40 days on different occasions. In one instance, more than 500 hundred people saw the risen Christ all at the same time. What are the odds that these people had the same hallucinations? Hallucination is an individual experience, and hallucinations differ from one person to another, depending on each person’s mental well-being and life experiences.

Most importantly, why would Paul, who was an archenemy of Jesus and His church, hallucinate about the same thing that he was trying to disprove?

Theory # 4: The resurrection story was a myth.

The most popular theory against Jesus’ resurrection is that it is a myth that merely evolved over time and through word of mouth. To nullify this theory, we must understand that the earliest eyewitness accounts recorded in the Gospel according to Mark was written within seven years after the resurrection event. This span of time wasn’t long enough to develop a myth, which could have been easily disproved by those in the community.

Also, this theory does not explain why Jesus’ tomb was empty and why Paul, who used to be a staunch persecutor of the church, converted into Christianity and preached about the risen Christ. Would a learned and highly principled man believe and change his life over a silly myth?

Four strong pieces of evidence have nailed the historical accuracy of Jesus’ resurrection. These things, though strong enough even when taken separately, form a strong case about the resurrection of Jesus when viewed in relation to one another. If one wants to debunk the resurrection event, he must be able to destroy the strength of these arguments.

Exhibit A: The Empty Tomb

The soldiers attested to it. The Pharisees conspired to hide it. Mary Magdalene and the other women rejoiced upon seeing it. The disciples came and saw it.

There’s no denying it: The tomb where Jesus lay is indeed empty. Many critics have tried their best, but none of them have succeeded in disproving that Jesus, who died and was buried, resurrected on the third day.

After the Sabbath, at dawn on the first day of the week, Mary Magdalene and the other Mary went to look at the tomb. There was a violent earthquake, for an angel of the Lord came down from heaven and, going to the tomb, rolled back the stone and sat on it. His appearance was like lightning, and his clothes were white as snow. The guards were so afraid of him that they shook and became like dead men. The angel said to the women, “Do not be afraid, for I know that you are looking for Jesus, who was crucified. He is not here; he has risen, just as he said. Come and see the place where he lay.”

Why was the tomb empty? There’s no other possible explanation than the fact that Jesus rose from the dead.

In order to establish the veracity of a claim, there has to be sufficient testimonial evidence to corroborate it. In the case of Jesus’ resurrection, a lot of people have testified that they saw the risen Christ.

Paul, in his letter, passed it on to the Corinthian believers as the bedrock of their beliefs.

Jesus appeared to His disciples on several occasions and spoke about the kingdom of God. His ascension into heaven was witnessed by the crowd who received the Great Commission.

Some people allege that the disciples and these eyewitnesses merely fabricated these stories. This allegation begs the following questions: 1) What was their motive in spreading this lie? 2) How can you explain the empty tomb? 3) How can hundreds of people who were lying about something come up with a consistent narrative?

Also, the fact that the church started in Jerusalem was in itself a strong proof that the resurrection is real. Else, the Jews who crucified Jesus could have easily produced His body and destroyed any myth about His resurrection.

The only possible reason these people claimed seeing the resurrected Christ is because Jesus, indeed, resurrected from the dead.

It’s one thing to have avid followers of Christ testify that He has risen from the grave, but it’s fascinating to note that even those who were strongly against Him have agreed that He has resurrected.

In Matthew 28:11–15, the soldiers who were assigned to guard Jesus’ tomb reported to the chief priests about what happened—there was a flashing light, the ropes snapped, the stone rolled away, and angels appeared. In response, the chief priests, finding no possible answer to this supernatural occurrence, resolved to just bribe the soldiers to circulate the fake news that the disciples stole Jesus’ body.

This was an admission on their part that the tomb was indeed empty, and that there was no other explanation for it.

Another strong testimony was from Paul, a hardened persecutor of the church. In Acts 9, the Bible tells us of how Paul encountered the risen Christ on the road to Damascus. Paul was so convinced that he met the resurrected Christ, so much so that he took a complete turn from being a persecutor of the church to being an apostle of Christ to the Gentiles.

The testimonies of these hostile witnesses only solidify the truth that, indeed, Jesus rose from the dead.

Exhibit D: The Blood of the Martyrs

Since the beginning of Christianity, the church has experienced fierce persecution from spiritual and political forces that sought to destroy it.

As Tertullian said, “The blood of the martyrs is the seed of the church.” The apostles died violent deaths because of this message. Countless individuals have laid down their lives just to spread the gospel of Christ, which rests upon the Resurrection.

People may be willing to die for a lie that they believed to be true, but no one would be willing to die for something that they know is a lie. Suffice it to say that the disciples, and the generations of Christians who have gone after them, were fully convinced that Christ has truly risen from the dead, proving that He is indeed the Son of God.

As we reflect on Jesus’ resurrection, may our faith be grounded on the fact that our Redeemer lives. May the truth of His resurrection fuel our hope that those who are in Him will live with Him for eternity.

The Case for Christ, Lee Strobel

Historical Evidence for the Resurrection, https://www.desiringgod.org/articles/historical-evidence-for-the-resurrection 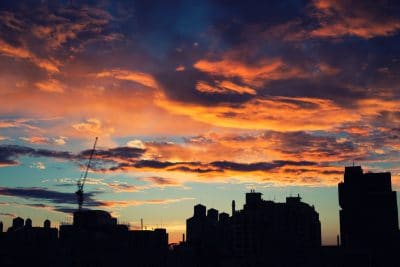 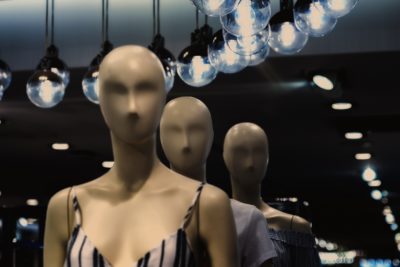 Why Is The Resurrection Important? 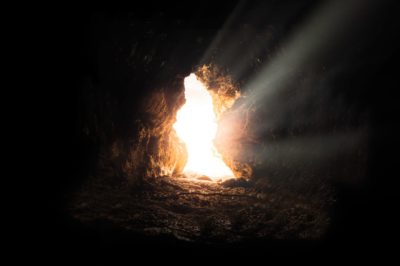 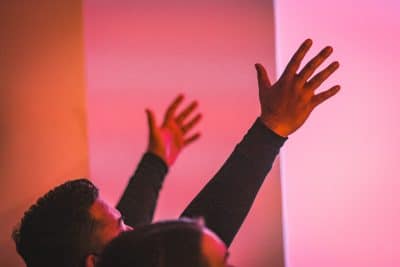 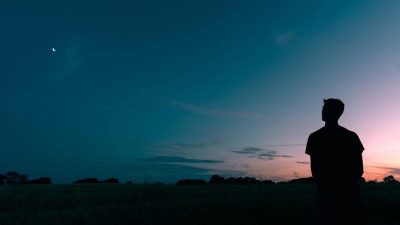